This review for “Luke Cage” comes to us from Benz Ponce, a writer who regularly creates his own T.V. and film reviews. You can check out the rest of his works and contact him on his blog!

Luke Cage. The Hero in Harlem. Power Man. A new Netflix series that was released just recently as part of the Marvel Netflix series. A superhero who originally appeared in Jessica Jones. Does it stand with the rest of the other superheroes like Daredevil and Jessica Jones, or is this hero not as bulletproof as we thought?

The series established that Luke Cage has bulletproof skin (and superhuman strength). At first I thought: “that may be cool to have, but how will a character like that end up having a good conflict if the antagonists cannot even shoot him?”

As I watched the series, the creators answered my question: give Luke Cage emotional and personal problems. While it is great for him have that kind of power, it would get boring really quickly if the creators did not give him any flaws. Not only that, he is given people he whom he cares enough about to defend from Cottonmouth and his men. The best conflict Luke Cage has, however,  is something dealing with his past (which makes a little more sense if you watch Jessica Jones).

With a great series/story, you need great characters, and this series does well. You have Mercedes “Misty” Knight, a detective who is serious about her work, but is friendly to those she is close to, especially her friends. There is Cornell “Cottonmouth” Stokes, a gangster who is pretty much the Godfather of Harlem, but has a pretty tragic past that leads him to a path the he doesn’t want (although he has pretty cool laugh). Another great character is Mariah Dillard, a corrupt politician who claims “to make Harlem black” as she calls it, but prefers not to get her hands dirty (until much later). Even Claire Temple from the previous Marvel Netflix series has a big role to fill in this series.  Combine that with great acting, and you have a series with characters that truly stand out.

The creators set the story in Harlem to set up a platform from which to discuss black culture in the series, and it shines in its own way. It felt like entering into a new neighborhood, and I am glad to get something different. It shows the good and bad in Harlem, and they mention plenty of famous African Americans in the world. Overall, a good change of pace for a good story.

As great as Luke Cage is, I would have preferred it if he stopped moping about how much his life and how much he wants to be left alone. I understand why Luke Cage is not exactly happy with his life all the time, but that can go on for so long. This only bothers me a bit, so it may not bother everyone else.

I find the ending, or the last battle to be pretty anti-climactic. For one thing, the villain looks as if he popped from a comic book (which is the point, but it kind of looks ridiculous compared to the more realistic tone of the series). The final battle also ends a bit too quickly, and the episode ends but leaves open other plot points.  It is not exactly satisfying, and I would have at least saved the last battle in the end.

Marvel is doing an excellent job with its Netflix series, and with Iron Fist, the Defenders, and even Punisher coming up, they do not seem to be stopping. With great themes, writing, and acting, Luke Cage may not have that many super-heroic moments that people would have hoped, but it is another welcome addition to the Marvel Netflix series. Now we await for the immortal Iron Fist! 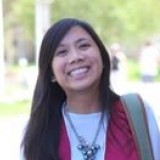