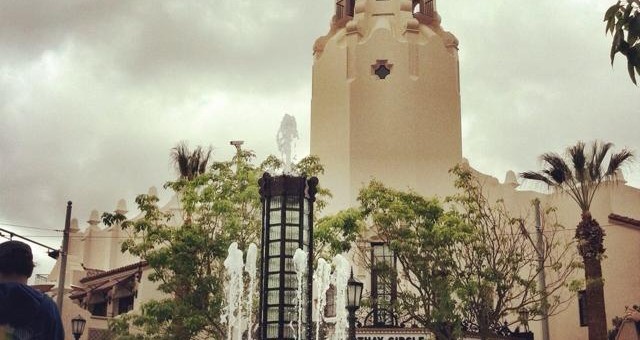 In addition to Disneyland finally revealing the Carthay Circle Theater yesterday morning, they have also revealed another intricate and beautiful piece to Buena Vista Street in the re-imagined Disney California Adventure.

Early this morning, construction crews revealed the Carthay Circle Fountain – the water fountain located in the center of the hub off Buena Vista Street. Take a look at the video above for more detail about the Fountain.

It will be the last thing revealed of the new area until the grand opening on Friday, June 15, but if you want to see everything before anyone else, you’ll want to follow us! DisneyExaminer has been invited to a press event where we get to show you everything Buena Vista Street and Cars Land has to offer beginning on June 13 – TWO DAYS before anyone else!