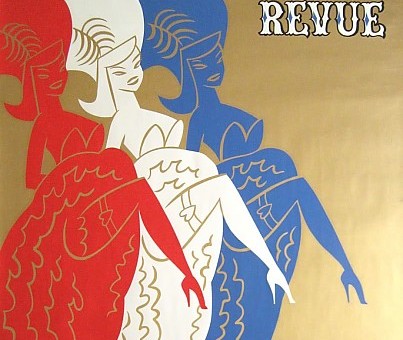 As part of the Limited Time Magic promotion happening at Disney Parks, Disneyland has announced that they will be doing tribute shows to celebrate a show from the beginnings of Disneyland called The Golden Horseshoe Revue.

The Revue, which was one of the fine entertainment offerings at Disneyland back in the day, was a testament to the era of variety and extremely talented people. It even inspired comedians like Steve Martin a lot about comedy.

The tribute shows being called “A Salute to the Golden Horseshoe Revue” will run for a limited time beginning this week on Thursday, January 10 until Monday, February 4. If you want to see one of them, be sure to visit the Cast Member(s) located in front of the Golden Horseshoe in Frontierland on the day you want to see the show and ask for tickets.

Also as a part of Limited Time Magic, Disneyland has announced that there will be a showings set aside every night of the promotion for a special Annual Passholder-ONLY dinner show. Our Editor Jordie and his family will be attending one of the first few dinner shows and he’ll report back with pictures and thoughts right here on DisneyExaminer.

Are you excited to see this show? If you want a taste of the new show, click here for a video preview with Senior Show Director Randy Wojcik. We think it’s pretty cool that Disneyland will literally be bringing back some fine magic from days past. Let us know what you think in the comments below!