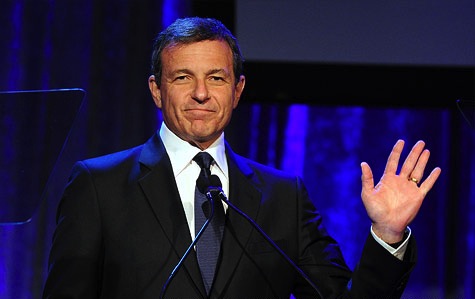 You might not know the name, but you sure do know what he does. That picture above is of Robert (Bob) Iger, the Chairman and Chief Executive Officer of the largest entertainment company in the world.

Yes, The Walt Disney Company – the company we love writing and you like reading about!

Mr. Iger has been with the Disney Company since 1974 and quickly moved up the corporate ladder shortly after. In his current role, he is always looking to make the company better and more beneficial to the millions of fans that Disney has, including us of course! He was also influential in the acquisition of Pixar, Marvel Entertainment, and now Lucasfilm making Disney the most diverse in entertainment in the industry and beyond.

We would love to interview Mr. Iger one day, but in the meantime, enjoy THIS VIDEO of him sharing his thoughts as CEO and THIS ARTICLE sharing his love for Disney Parks (and in particular Cars Land).

Today also happens to be The Walt Disney Company’s Annual Meeting of Shareholders and Mr. Iger was indeed present at the meeting to give some updates and highlights of what the Company has done and is planning on doing in the immediate future.

We’ll be sharing those points and audio of that whole presentation later on.

For those of you who know Mr. Iger and his work, do you think he’s doing a good job in his current role at Disney? Be sure to tell us why in the comments below!