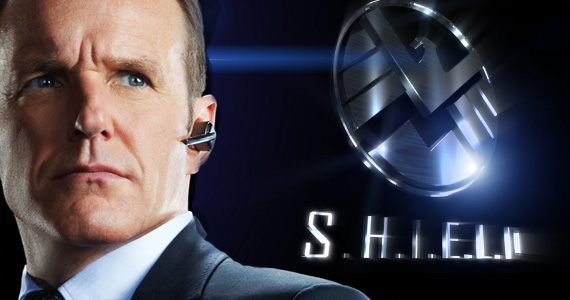 Shortly after “The Avengers” debuted to the public last year, the success of the film at the box office lead Disney CEO Bob Iger to reveal that a sequel was in the works for 2015…but that wasn’t it.

In August of last year, ABC announced that they would be producing and possibly releasing a TV show based on the worldwide law enforcement agency that the Avengers themselves are a part of called S.H.I.E.L.D. (or Strategic Homeland Intervention, Enforcement and Logistics Division). Aside from their intentions, details on the new TV series were scarce until now.

Earlier this year at the SXSW Festival in Texas, “Avengers” director and series creative Joss Whedon revealed that much of the series, which doesn’t have an official title yet, would revolve around a resurrected S.H.I.E.L.D. agent Phil Coulson who we saw “die” in “The Avengers.” Whedon admitted to the gathered ground at the festival that he would indeed return as part of the TV series, but wouldn’t reveal how.

So America’s favorite fictional secret agent has returned, folks. The TV pilot (or first episode) has been shot and is awaiting it’s official reveal by ABC for the 2013-2014 season. Excited much?

An official description on the series can be found below –

Joss Whedon (Director of MARVEL’S THE AVENGERS, Buffy the Vampire Slayer) shows us not all heroes are super with MARVEL’S AGENTS OF S.H.I.E.L.D.

Fresh from his role in the summer’s box office smash, MARVEL’S THE AVENGERS, Agent Phil Coulson (Clark Gregg) returns to the worldwide law enforcement organization S.H.I.E.L.D. He puts together a small, highly trained, team of Agents to tackle the cases that haven’t been classified yet, the new, the strange and the unknown. That team consists of straight arrow Agent Grant Ward (Brett Dalton), an expert in combat and espionage; pilot and martial artist Agent Melinda May (Ming-Na Wen); and brilliant if socially awkward scientists Agent Leo Fitz (Iain De Caestecker) and Agent Jemma Simmons (Elizabeth Henstridge). They’ll be joined by civilian new recruit and computer hacker Skye (Chloe Bennet).

Prepare for an epic adventure that showcases the hope and wonder of the human spirit. This is a world of Super Heroes, aliens and the unusual — of action, spectacle and world spanning stories. The show will speak to the human condition through the lens of our very human, non-powered S.H.I.E.L.D agents — that together we are greater than we are apart, and that we can make a difference in the world.

What do you think about the upcoming series? Are you glad to see Agent Coulson return from the dead? How do you think he was sparred? Comment on all that below!