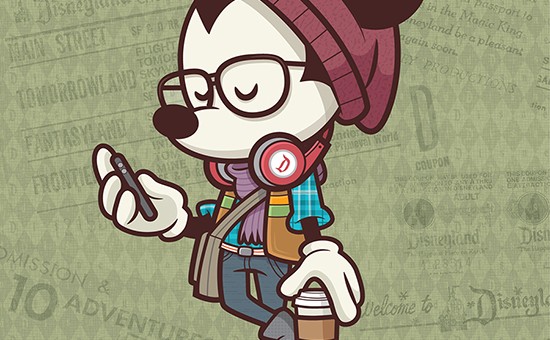 The picture really doesn’t need explaining. It’s Mickey Mouse like you’ve never seen him before – as a hipster.

The genius behind such works of art is Jerrod Maruyama, an artist from Northern California whose art and style is now known around the Disney world with his previous Disney designs being featured at the wonderful WonderGround Gallery at the Downtown Disney District at the Disneyland Resort.

The Gallery, which is home to creative artists who use Disney worlds and characters as a canvas, has been home to many of Jerrod’s older Disney works including the original Hipster Mickey. But as like any hipster, Mickey will need new wardrobes often and hence the above picture – the newest outfit for Hipster Mickey and the launch of Jerrod’s Hipster Mickey series.

Beginning this July, the WonderGround Gallery will begin featuring the above version of Hipster Mickey titled “The Happiest Hipster on Earth” and will continue to release and feature new versions of Hipster Mickey every three months!

If you’re like us, we’re particularly excited to see Jerrod’s continued series since we’re pretty hipster too. If you’re really eager to get your hands on “The Happiest Hipster on Earth,” then you’ll want to go to the special meet-and-greet with Jerrod on Saturday, July 20 from 5-7 PM where you will get that opportunity and have him sign it! Be sure to chat with him too…he’s a kind guy!

UPDATE 9/24 – Jerrod has returned with the next version of Hipster Mickey. “Hanging at [Trader] Sam’s” (seen below) will be available at the WonderGround Gallery at the Downtown Disney District in California beginning October 19…not to mention Jerrod himself will be at the Gallery signing the art as well! 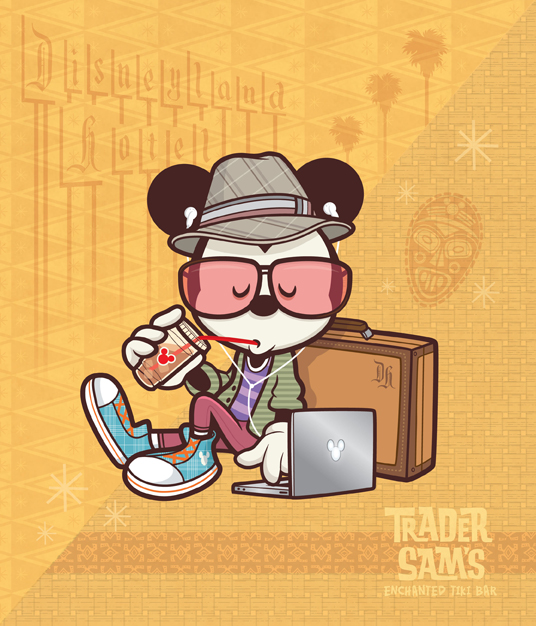 If you’re one of the many people who know of his art including the Hipster Mickeys, what questions would you ask him? What do you think of the hipster additions to Mickey’s image? Let us know in the comments!

UPDATE: Here’s our interview with Jerrod as part of our DisneyExaminer Feature Stories column!