** Congratulations to Lauren A. for winning our Pixar In Concert ticket giveaway! **

When you watch a movie nowadays, what do you notice? The actors, the actresses, the action, the stunts, the drama…typical things that tend to grab your attention in a movie.

But imagine all those things without a little thing called the musical note. You know, the ominous dot with an upward or downward pointing tail seated on a bunch of straight lines. If those things weren’t clumped together on hundreds of pages, the modern movie as you know it would not be so great to watch.

What simply was just meant to fill silence in “moving pictures” has become a true art that carries every emotion that a film needs in its many slurs and crescendos. Movie scores, as they’re called, are truly under-appreciated and we must not forget that great music in a  great movie is just as necessary as are the great actors. Take for example Disney music. 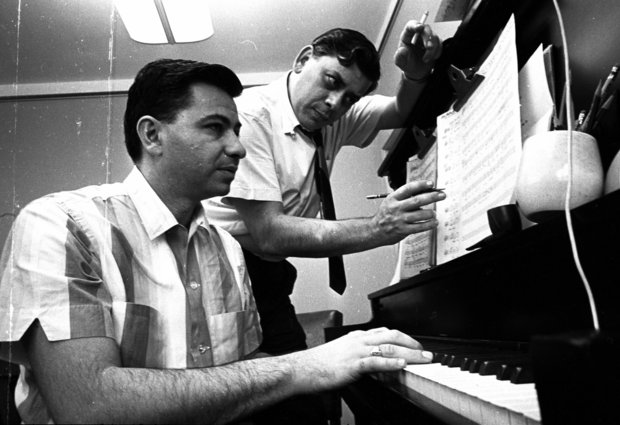 Disney music has its roots in “broadway” with the musical classics like “Aladdin” and “Mary Poppins” written by the famed Sherman brothers seen above, but aside from that, Disney music is also known for their simple melodies that fill the spaces that words cannot. One such example includes the music of Disney’s other company Pixar.

Immediately when you think of Pixar, the first thing you might think of most likely was this, this, or even this. It’s music!

In time, Disney music grew to include these fantastic musical movie scores again adding to the fact that movie score (more importantly Disney music scores) are timeless and have been and will always be remembered for making us laugh, cry, smile, and even sing/hum along to any time of day or night. And you’re not alone.

Pixar’s music, although not filled with lyrics all too much, consist of melodies that carry us through the movie and even afterwards if that little hyperlink experiment above proved anything. Even though Pixar’s movie music hasn’t been around as long as the staple Broadway-style music from the Disney movie classics, it is Disney music that’s worth highlighting and that’s what our friends at Pixar have done for us.

For a little over a year now, Pixar music has been traveling to some of the most well-known performance stages in the world being played by some of the best orchestras in the world. Pixar In Concert is literally what it is – it’s Pixar’s movie music played by a live orchestra which plays to a montage of scenes from that particular movie all in front of a live audience. In a world where movie music is always noted in the background, the music here will be center stage giving young and old audiences the pure and deep emotional rush it is to experience a live orchestra play some of the greatest music ever written for human ears.

While the concert has been traveling the world for the better part of a year now, it certainly hasn’t been the easiest task to put together a full symphony orchestra concert, folks! We had the opportunity to speak with Jonathan Heeley, Director of Music Publishing at The Walt Disney Company, who also was a part of the team that brought the concert concept to reality. “Each of the orchestras [that get to play this concert set list] has to match the standard Disney is known for,” he said. He continued saying that each of the orchestras that do choose to play this music do have high standards, making it a safe bet that concerts like these with the Disney name on it will express high quality Disney magic.

“It’s something everyone should see.”

The concert itself is 80 minutes long, which is usually how long a full orchestral concert is. “After it’s over, you’ll notice how short it really felt. You’ll also notice how much you cried – the music choices and accompanying projections of the Pixar movies are really poignant. It’s something everyone should see.” 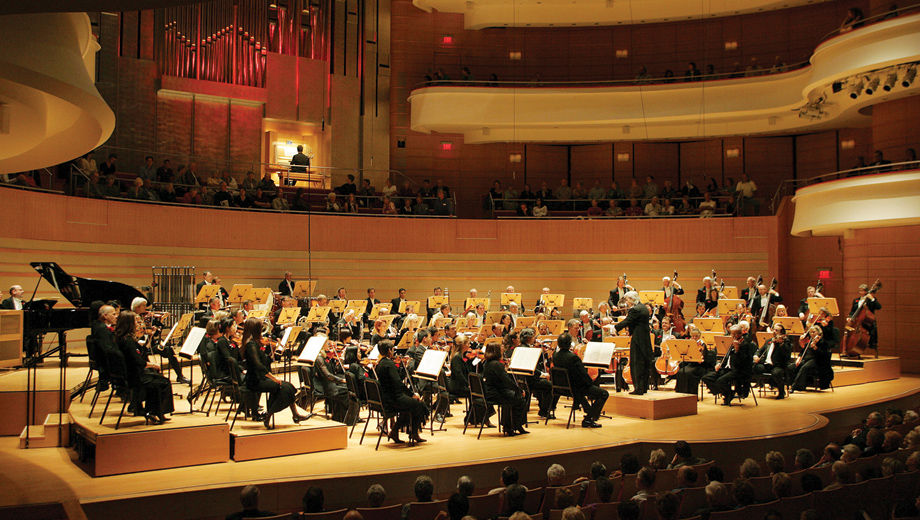 We’ve always wanted to see this concert since it was announced, but we never had the opportunity to until now! The Pacific Symphony Orchestra based right here out of Southern California will have the opportunity to perform these great pieces of music just a few miles outside of Disneyland in mid August of this year.

“You’ll come to appreciate how relevant and fun great music is in your lives.”

Eileen Jeanette, the Vice President of Artistic & Orchestra Operations told us that the Pacific Symphony has a great relationship with Disney and is happy to put on a concert in partnership with them. The concert has been about a year in the making and she is glad that the day is almost near. Although the Pacific Symphony is a symphonic orchestra that is known for playing classical pieces, Eileen assured us that the goal of this concert (and the other contemporary concerts that the orchestra is starting to put on) is to really broaden the interest of live concert music. “We really want to get more families and individuals loving classical live performance music,” she said. “You’ll come to appreciate how relevant and fun great music is in your lives.”

And we are looking to have that fun (and perhaps cry a lot) when we get to see the concert performed by the Pacific Symphony on August 17 at the Verizon Wireless Amphitheater in Irvine, California. Tickets are still available for the concert, but since this is a ONE NIGHT ONLY event, its best if you don’t delay your purchasing any further!

But if you just don’t have the money to go or if tickets aren’t available as of this posting, we’ll take care of you. Just two of you only actually. That’s right! We’re giving away TWO (2) tickets to Pixar In Concert with the Pacific Symphony where you’ll even be able to meet the DisneyExaminer Staff too! What a prize!

What do you have to do to enter? It’s quite simple actually.

To enter our little giveaway, just do the following:

1) In our comments section below (powered by our friends at Disqus), leave a comment!

2) The comment must consist of your full name, email address, and a reason why you should be the recipients of the pair of tickets* in 100 words or less.

*We will be giving away the tickets as a pair to one person only!

We hope all of you enter our giveaway in hopes that you’ll get to fully understand the reason behind this story. In hopes you’ll understand that Disney music is Pixar music and without it, the movies mean nothing. Like silence.

UPDATE 8/12 – We’ve extended the entry period for one more day! The last day to submit your entry is TODAY, August 12! We’ll announce the winner on Wednesday, August 14.

UPDATE 8/13 – Thanks everyone for your entries! At first glance, it’s just so great to hear all your stories of how Disney, Pixar, and its wonderful music has made a difference in all your lives. Although we wish we could give you all tickets, we can only give one pair away…

But we encourage you all to attend this great concert put on by the Pacific Symphony Orchestra on the evening of August 17 in Irvine. Tickets are still available HERE.

We’ll announce the winner of our giveaway tomorrow, August 14!

UPDATE 8/14 – Congratulations to Lauren Albee who is our giveaway winner! It was really tough choosing who to give the tickets to because all of you had pretty convincing and heartfelt reasons, but Lauren hit it right on the spot when she wrote that the music is central to how it makes us (and the musicians) feel.

Lauren, we hope that you and your guest feel the magic of Disney and Pixar this Saturday night.

Again, our thanks to everyone who entered! Expect more great giveaways from DisneyExaminer soon!

Our special thanks to Disney Music Publishing, Pixar, and the Pacific Symphony for their help in putting this mini Feature Story together.

As we said in the story, tickets are still available for the next showing of “Pixar In Concert.” If you’re in the Southern California area and are looking for a great date night, family outing, music appreciation evening filled with great Disney music and your favorite Pixar characters and worlds, please come down and join us on August 17 for what is sure to be a night of great music and Disney movie magic!