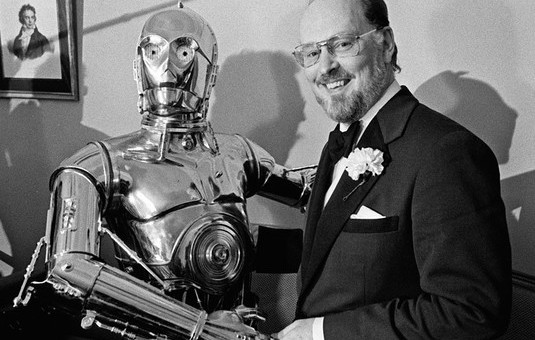 No, that’s not the title of the film, but it is true.

The original composer and music director for the first 6 Star Wars films will return to compose the score for the return of the film franchise in just a few short years. The incomparable John Williams was announced as the music director of “Star Wars: Episode 7” by Lucasfilm President Kathleen Kennedy at the official Star Wars Convention in Germany this past weekend. Williams’ recognizable music in the past films, as well as other great films like from the Indiana Jones franchise, (which Disney sure wants to use too since Indy is also under the Lucasfilm banner) will prove to aid the upcoming film which already has met a lot of criticism when a new trilogy was announced when Disney announced that they were going to buy George Lucas’ entertainment empire just last year.

In a video posted today, Williams says that he never felt that he left the galaxy far, far away and hopes to bring back the atmosphere of this legendary saga back through the music he is excited to write. You can view the entire interview below which includes rare pictures of him recording the music for the original films!

Episode VII will be directed by J.J. Abrams and is due to enter our galaxy in 2015.

For all of you who were originally mad that Disney was going to extend the Star Wars saga – are you a little bit less weary now that the classic music and composer have returned? Do you think Williams will succeed in scoring this film so many years after the last one? Tell us in the comments!