We love immersing ourselves in our stories. Part of how we do that is by reaching out to as many people we can that can give us that closer look at Disney. Whether those people invite us to press events or by us just going to Disneyland every week, we want to be people who experience first and write second. Because that’s the way it should be.

We think that you, the reader, appreciates it and have come to trust us with your Disney news fix as we do so. Bottom line: we live Disney and we want to share that with you. As we mentioned above, we get to live Disney through various press events and premieres that are central to our stories. Disney’s stories are told throughout all its business divisions and one such division we’ve begun writing about is Disney Sports.

The story of runDisney is unique in that it shows that Disney really cares about you. Not that it doesn’t already through its various entertainment offerings, but this specific division of the Company focuses on your health and well-being. runDisney commits itself to holding races that aren’t just races, but races with a touch of magic. Whether its running past Space Mountain or high-five-ing your favorite Disney character as you reach the finish line, runDisney races make exercising and healthy living a magical experience.

So although we have begun writing about runDisney and the various themed races they hold both at Walt Disney World and the Disneyland Resort, we really haven’t experiences running…Disney. So we decided to change all that. We’re very proud to announce that a majority of us on the DisneyExaminer Staff will be taking part in this year’s Disneyland Half Marathon Weekend taking place in late August!

We’ll be covering the many races that’ll be happening during that weekend as runner/reporters. We’ve been training and planning our coverage, so be sure to join us beginning Friday, August 30 to experience what it’s really like to experience a runDisney race!

But even before all that, our Editor-in-chief Jordie will be taking part in the D2.3 Fun Run that’ll kick off the 2013 D23 Expo on the morning of August 9. Be sure to follow him @jordiepoblete for pictures and his experience running this very special runDisney race.

UPDATE 8/13 – “Every Disney fan should runDisney at least once.” – Jordie 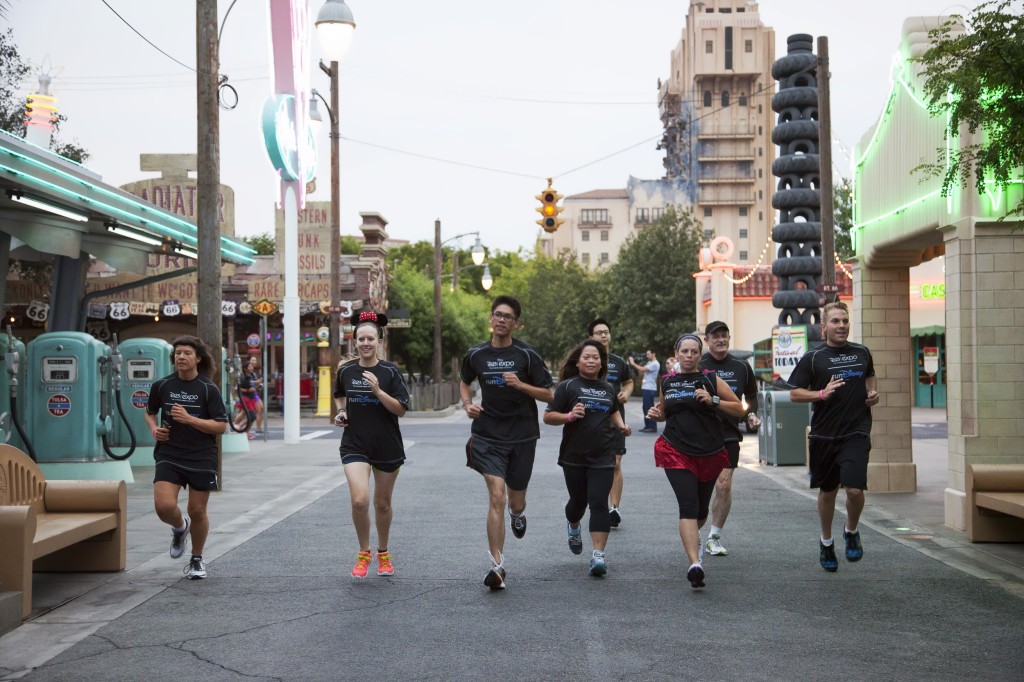 Wish us the best as we continue to train, folks! We’ll see you on race day…

UPDATE 9/4 – We all crossed the finish line! Check out our full recap of the event by clicking HERE.

In addition to running for a story, David, one of our photographers, will be running for something more important – his son you all might know was Baby Knightly. Be sure to check out the video below to see his motivation in running during this runDisney race. http://youtu.be/XDnef_ZcpEg Please join us in support of David, Knightly, and the other babies out there who have special needs by donating so that they too can finish the race strong!