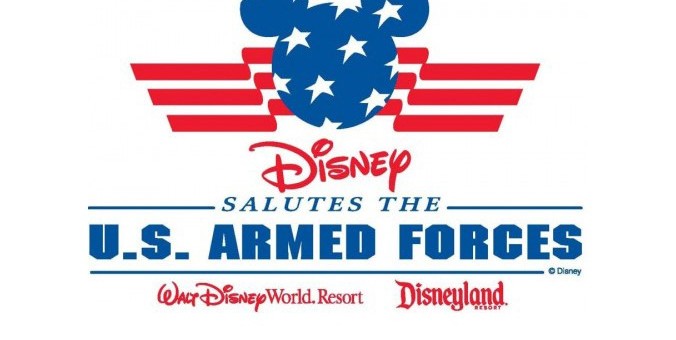 We love our troops. They sacrifice so much for us when we’re away so it is only fitting that we celebrate and serve them when they come home. Disney Parks has certainly taken that to heart by offering all active or retired military personnel and their families special pricing on theme park admission and hotel room rates at both Disneyland and Walt Disney World!

Proper U.S. Military identification is required to take advantage of these prices! In addition to the discounts on admission, troops and their families can also get discounted room rates when staying at any of the Disney Park hotels at both Disneyland and Walt DisneyWorld. Click HERE for more information.

On behalf of everyone at DisneyExaminer, we too thank our U.S. service men and women for their service to our country and hope that your time spent at the Magic Kingdom are the happiest times of your life!