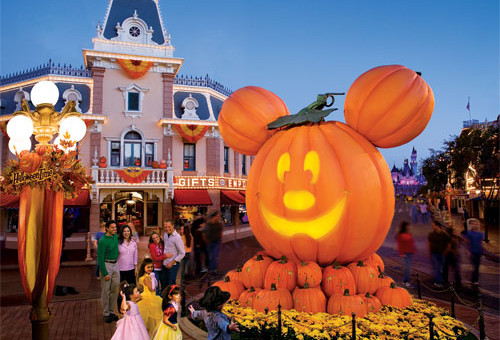 If you’ve been down either Main Street USA lately at either Disneyland or Walt Disney World, you’d be surprised to find that in the hottest end to summer pumpkins galore.

That’s right. The bright (and dark?) colors of Halloween have already crept up at Disney Parks and it’ll only be a matter of time before Friday, September 13 and the official start to Disneyland’s Fall/Halloween Time season begins. And speaking of Friday the 13th, there will be a few extra spooky surprises in store for this year’s Halloween Time kickoff!

In conjunction with Disney Parks year-round marketing campaign Limited Time Magic, both Disneyland Park and Disney’s Hollywood Studios Park at Walt Disney World will remain open until the 13th hour (1 AM local times). During the evening, guests can expect dance parties, DJs, and culinary specials just for us ghouls and goblins.

Specifically at Disneyland (our favorite Disney Park), Town Square will be party central for the night with many Disney villains making special appearances like Captain Hook, the Queen of Hearts, and Judge Frollo. Then the party will move to the New Orleans Square Train Station where more villains will appear at the 13th minute of every hour for photo ops and other delightfully ghoulish fun.

In addition to the parties and villains, Disneyland guests will get an extra special “treat” with the opening of the Haunted Mansion Holiday. In its 13th year, Jack Skellington returns to deck the halls a little more this year with some extra special things in store like new animations, special effects, and what is sure to be the biggest and baddest gingerbread house in the ballroom that’ll celebrate 13 years as well!

UDPATE 9/5 – Mad T Party, the nighttime nightclub for mature Disney guests, in Disney California Adventure Park will also get a makeover turning it into “All Hallows Eve T,” with chilling new music from the Mad T Party Band and new tricks and treats (and drinks)! It also begins on September 13 and will continue every Friday, Saturday, and Sunday in October.

UPDATE 9/9 – Some of the special food items that’ll be available have been revealed! Pumpkin fritters, pumpkin espressos, Spooky Kooky gingerbread cookies, and the returning favorite Mickey-shaped pumpkin beignets will be available in and around New Orleans Square for Halloween Time! 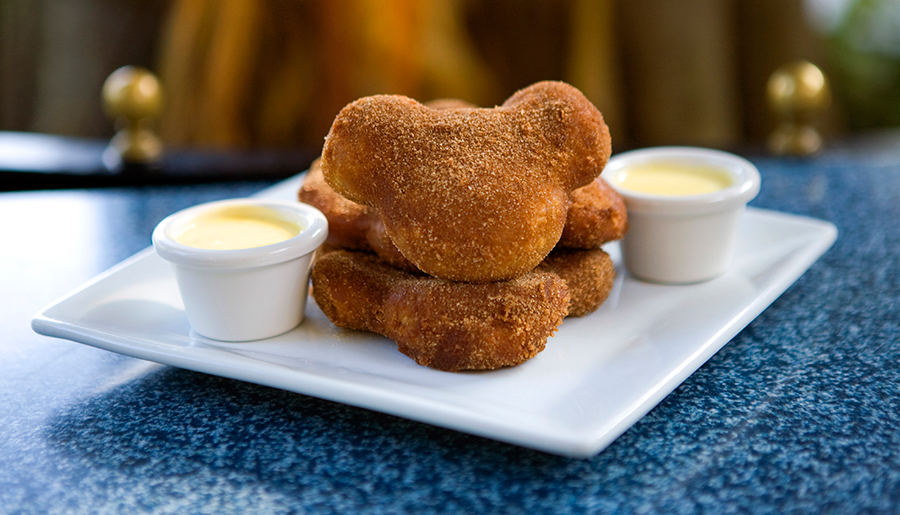 UPDATE 9/19 – Here’s another behind-the-scenes video of Haunted Mansion Holiday that tells the story of the cast members that have the privilege of helping Jack Skellington deck the halls (differently) every year.

Halloween Time is sure to be Disney-scarier than ever before as 2013 brings more than 13 spooky fun surprises to Disney Parks starting Friday the 13th. Oh, and don’t forget about getting your tickets to Mickey’s Halloween Party to trick-or-treat the Disney way!

Are you all excited about the return of Halloween Time at Disney Parks? Will you be attending the Friday the 13th events? Out of all the offerings, what are you looking forward to the most? Comment below!