If you take a look at any of the Walt Disney Imagineering concept art sketches from Walt Disney’s day, you’ll find one little yet very interesting detail in most of them. Can you guess what it is? 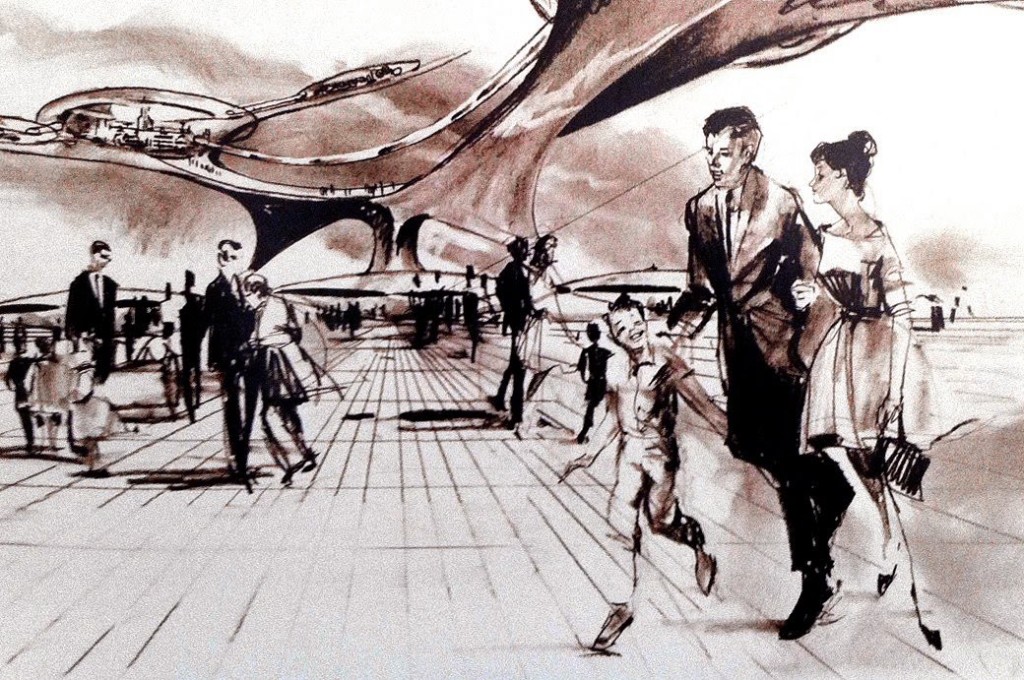 If you said the people, you’d be absolutely right. Why? Notice their attire. It’s quite…dapper.

The above image is a concept sketch of Walt Disney’s vision of the future – namely Tomorrowland. The sketch above and the many other sketches contained many futuristic inventions, but the one thing that didn’t change in each sketch was what the people in those sketches were actually wearing. Perhaps it was just a cultural thing back in their time. yet others have argued that formal (aka dapper) clothing was how Imagineers wanted guests to experience their attractions at Disneyland.

Fast forward many years later and you have a lot of differences from what was originally imagined. Tomorrowland (in any Disney theme park) looks like the sketches. The people visiting Disney Parks today don’t look like people in formal attire…

…but that didn’t stop anybody from doing so.

One day during the Spring of 2011, a few folks decided to “dress to the nines” for a day out at Disneyland (and now even Walt Disney World and Disneyland Paris). The way the Imagineers imagined it to be. And the rest was history.

For a few days each year, these unofficial Disney events have garnered immense popularity because, well, who doesn’t want an excuse to dress up…and go to Disneyland?! And for the Disney fan, it really is an experience unlike any other where you’re living the origins of Disney history today. 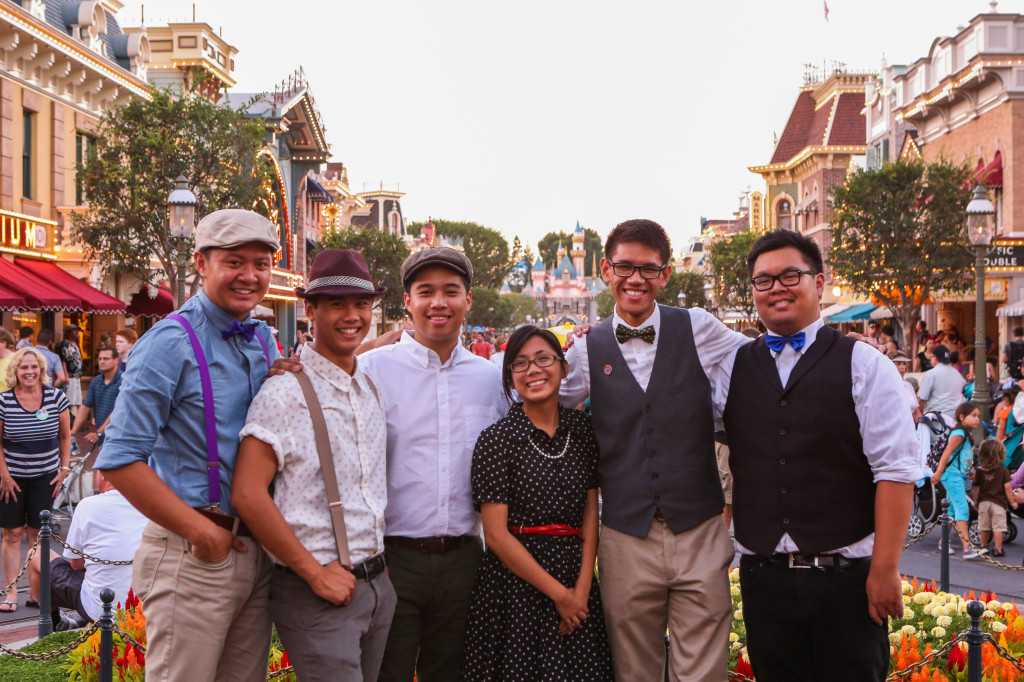 The DisneyExaminer Staff getting dapper for their first Dapper Day at the Disneyland Resort on September 6, 2013.

Be sure to make time for the next Dapper Day happening at your nearest Disney Park! You’ll be looking mighty fine in a mighty fine and magical place. Click HERE for more information on the events and to see more pictures.

Have any of you taken part in a Dapper Day before? What do you enjoy most about those days? Dressing up? Taking pictures with total strangers? Do you wish Dapper Day was every day at Disney Parks? Let us know in the comments!