Today, Disney introduced “Show Your Disney Side,” a place where guests get to show off their crazy, fun, cheesy, and happy times while living in their Disney dreams. They’ll be able to do that by sharing those moments on social media because that’s where most people (especially Disney fans) are nowadays as seen in the massive amount of moments that are already shared there. The fact that Disney is already making their following and guest engagement stronger through social media plans like these are really appreciated by people like us because we believe no one will know their Disney side until they see yours!

So what is your Disney side? It really doesn’t matter! Although this initiative is under the umbrella of Disney Parks, we believe that your Disney side can appear anywhere and anytime as seen in the first TV ad for the new program below.

UPDATE 10/1 – Hot on the heels of the Disney Side campaign, Disney has also launched a contest in partnership with creating an official Disney Parks Vine account where 6-second filmmakers have the opportunity to win a Disney Parks vacation and some cash prizes. 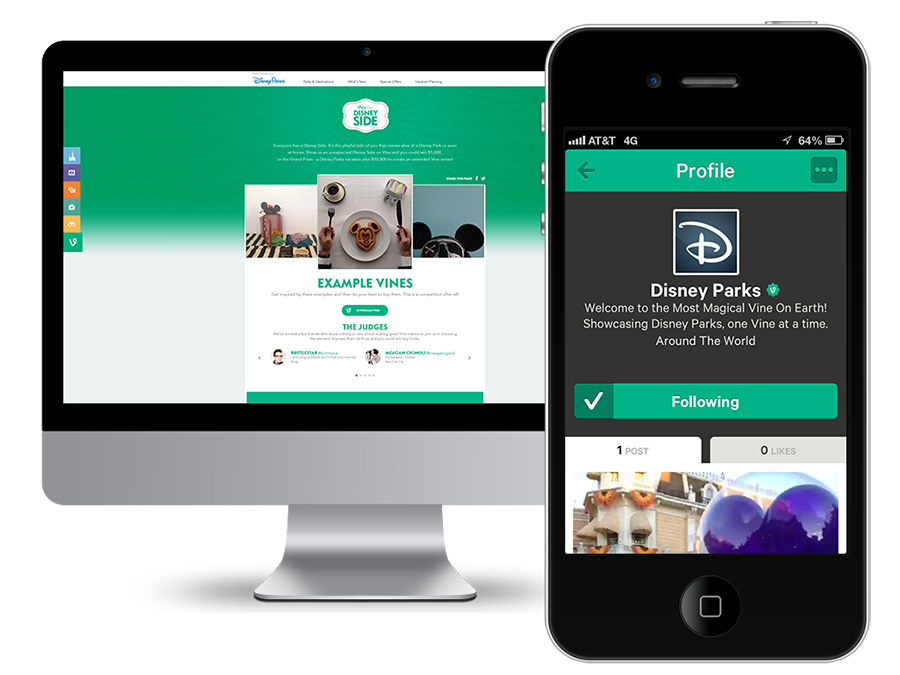 To enter, just hashtag your Disney Side Vine videos with #DisneySideContest. More information on the Disney Side Contest can be found HERE.

UPDATE 10/15: Some of the DE Staff has started submitting their own Disney Side Vines and we’ve included some of them below. What do you think?

What do you think about having Disney in the social media world? Do you like it? Why? What are you expecting they do with such a massive following on their official social media networks? What is YOUR Disney side? Let us know in the comments!