It was a cold morning on the first day of November 2013. Main Street USA was swept up and the windows were washed. But one window was not only washed, but also covered behind a red curtain. That window belonged now belonged to a seasoned Imagineer who opened many windows into which we see Disneyland as we see it today. 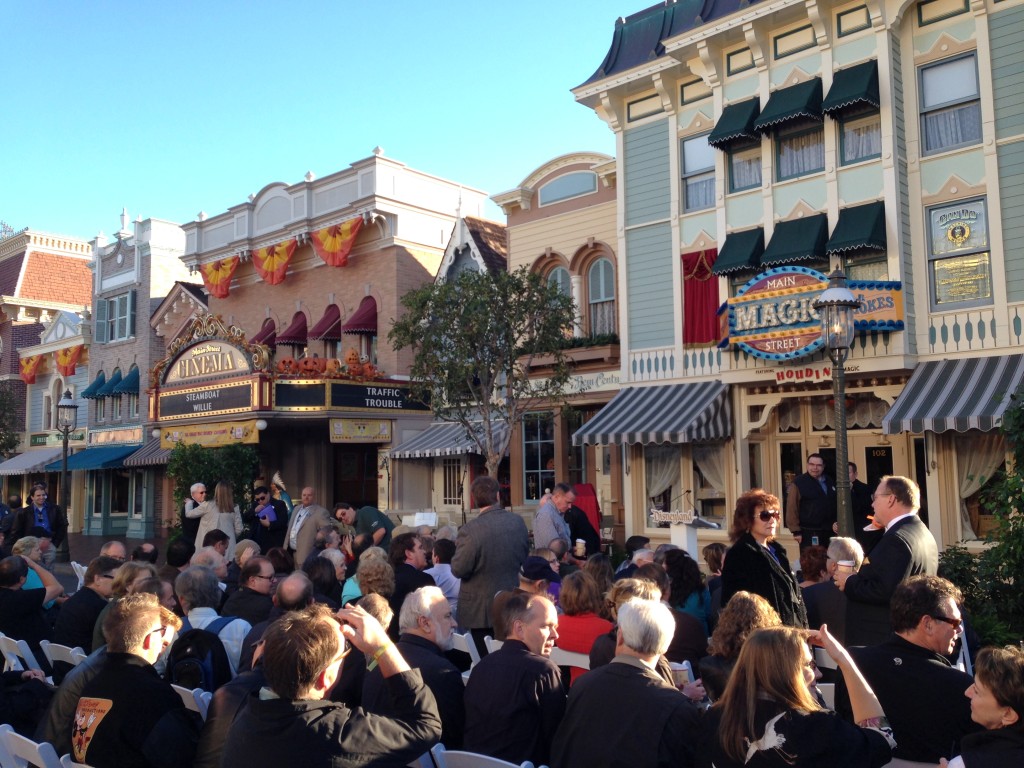 Everyone gathered here that day was here to celebrate one man. Tony Baxter, who on this day, received his Main Street USA window.

As many of you already know, the windows on Main Street are much more than just decorative props. For years, Disney Parks has used them to feature certain individuals that have made an indelible mark on this division of The Walt Disney Company. We were privileged enough to be a part of some of those window dedications that were given to Disney giants like Alice Davis (an Imagineer) and Buzz Price – each of whom had spent their lives putting together the magic puzzle that is the Disney magic we experience every time we enter a Disney Park.

To receive a Main Street USA window is to receive the highest honor a Disney Parks cast member can receive and Imagineer Tony Baxter has indeed been given what he has been owed. Starting as an ice cream scooper at the Gibson Girl Ice Cream Parlor at Disneyland Park, Tony always thought of what could be improved on at the Park or what new things could make it even more magical. That drive and boldness to speak out and put out caught the attention of Imagineers at the time and shortly after, Baxter joined their ranks.

During his time at Imagineering, he played crucial roles in improving the park where he began his magical journey. From leading design on Star Tours, Indiana Jones Adventure, and the re-imagination of Fantasyland, Tony did it all. But he didn’t do it alone because although he did have a hand in many Imagineering projects, he also strived to become a mentor to any and all that wanted to succeed in continuing to make Disney Parks magical in every way.

So today’s window dedication ceremony was much more than a celebration of Tony, it was also a celebration of all the people that you see in the last photo above who were also in attendance.

New Imagineers, veteran Imagineers, friends, family – all people that Tony shared the award with that morning not just as a means of showing how humble he is, but also how caring he was in making sure that Walt’s dream of Disney magic at Disney Parks remains alive and well with generations to come. 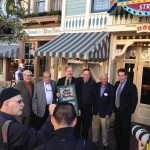 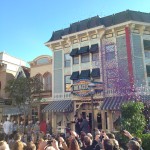 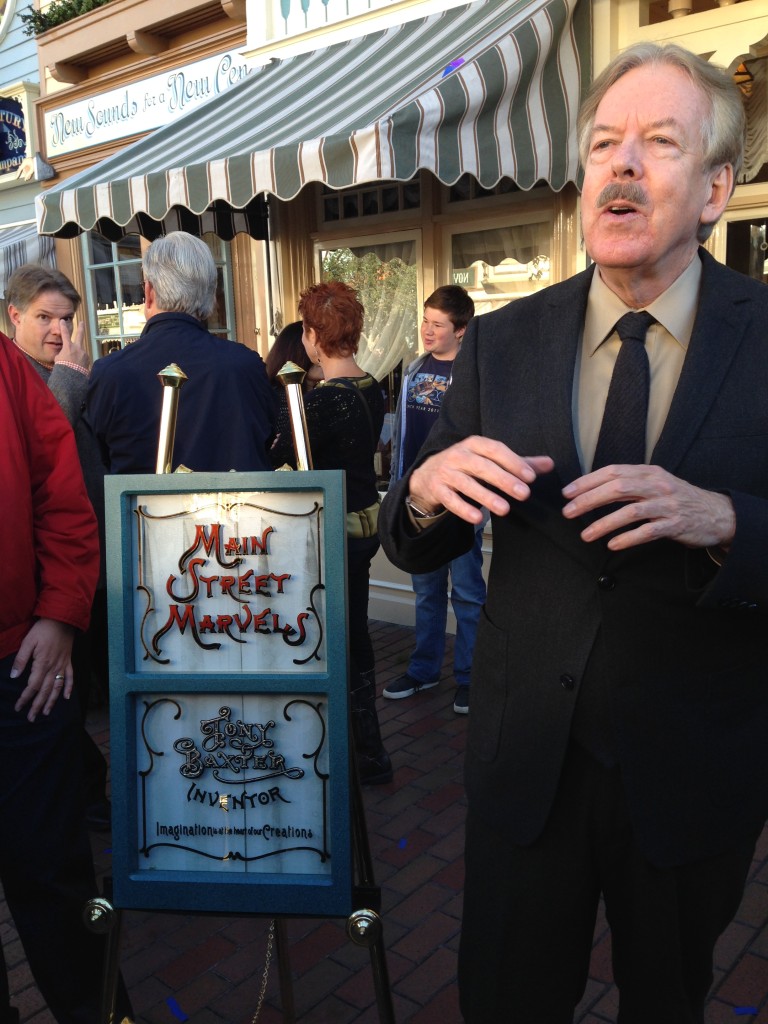 After the ceremony, we had the opportunity to chat with Tony and during that time, we asked him the same question that we asked his colleague Alice Davis when she received her window just a few years ago.

What piece of effective advice would you give someone who is wanting to become an Imagineer?

And he certainly was a mentor to us that morning. Congratulations again, Tony! We’re so happy that you’ve made your live’s goal to make us happier. We’ll be thinking of that the next time we take our next trip into yesterday, today or tomorrow.

What is your favorite Disney-Tony Baxter attraction? What would you have asked Tony if you had 5 minutes to chat with him? Let us know in the comments!