It seems to already be a film that will break the “bank” as soon as it is released worldwide in theaters this coming Friday, December 20. Rave reviews are coming in from those who have seen “Saving Mr. Banks” early and it seems to be destined for lots of awards next year…but a question should linger in your mind: why?

We know that the majority of you know that the movie surrounds the making of Walt Disney’s “Mary Poppins”, but believe us when we say (since we have seen the film already too) that there is so much more to what makes this movie appealing and perhaps gives reason on why the critics are raving! We’ll be putting together our review on the film shortly, but in the meantime, we figured that we’d put up a post that would give more backstory to “Saving Mr. Banks” itself with some official featurettes that our friends at the Walt Disney Studios sent us recently. 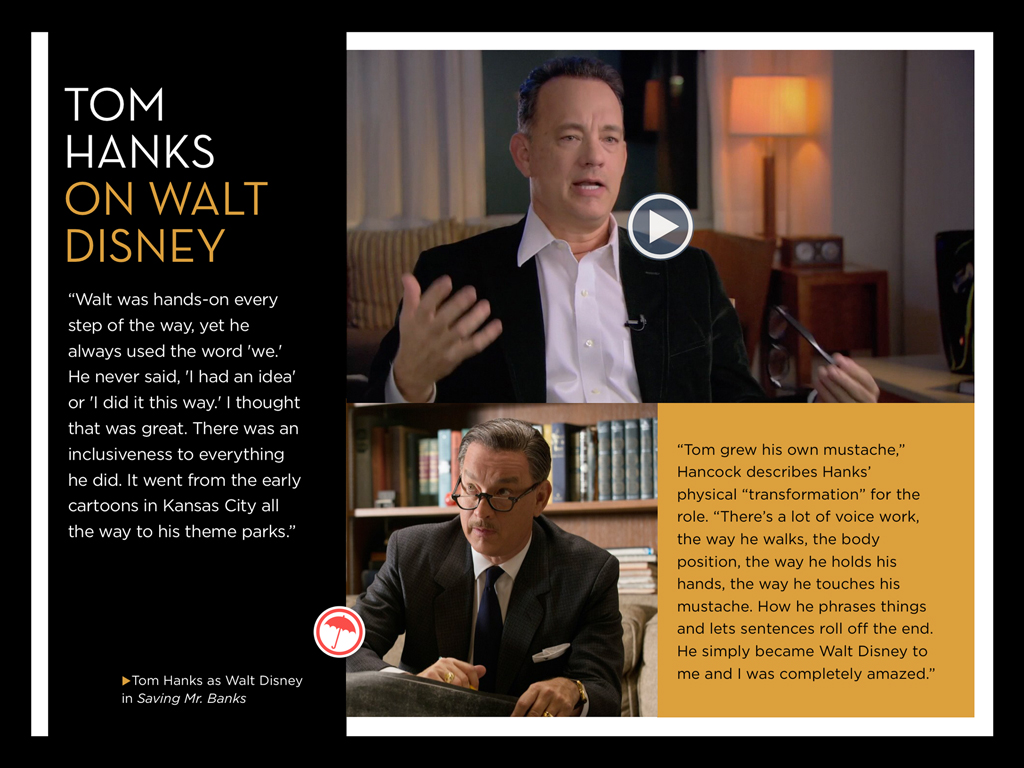 In addition to the featurettes below, Disney also released an FREE and very fun and interactive Apple iBook that takes you more in-depth with the film with rare footage and facts that you may have not known about some of the key characters that made the groundbreaking Disney classic almost 50 years ago now. Altogether, we hope that the featurettes and books will help at least answer your questions going into this film, as well as prime you for a movie that could also get you giving your hard-earned money to the Disney bank box office soon!