If the polar vortex in the East Coast of the United States didn’t make it clear enough, “Frozen” has taken the U.S. (if not the world) by storm! With its Golden Globe win for Best Animated Feature just yesterday evening in Hollywood, we won’t be surprised if it takes home the same prize at the Oscars this year. Critics and industry pros aren’t the only one raving about it either!

Consumers and Disney enthusiasts alike are buying up movie tickets still making it top at the box office for several weeks now, even showing signs that’ll top the overall box office sales ($669 million so far) for Disney’s current leading film “The Lion King”. You, like us, have probably bought the soundtrack and help make it #1 in iTunes and Amazon. Perhaps you’ve also pre-ordered the Blu-ray from Disney already?

You probably have done all those things and that enthusiasm for the movie has lead Disney to call it “franchise” worthy internally. What does that mean? It basically means that you can bet that the film’s characters and songs will make it into other Disney’s enterprises from clothing to the current theme park meet and greets. But the “freezing” doesn’t just stop there. It has also made its way into Broadway.

Disney CEO Bob Iger confirmed in a recent interview that they have begun discussions of turning “Frozen” into Broadway musical form, following what “The Lion King” and “Beauty and the Beast” did following their successes. No date has been given to curtain call yet though. “We’re not demanding speed, we’re demanding excellence” Iger says. And that’s coming from a man who also admitted to have cried after the credits in what he calls his proudest moment as CEO of the Company.

Eat your “frozen heart” out, world. 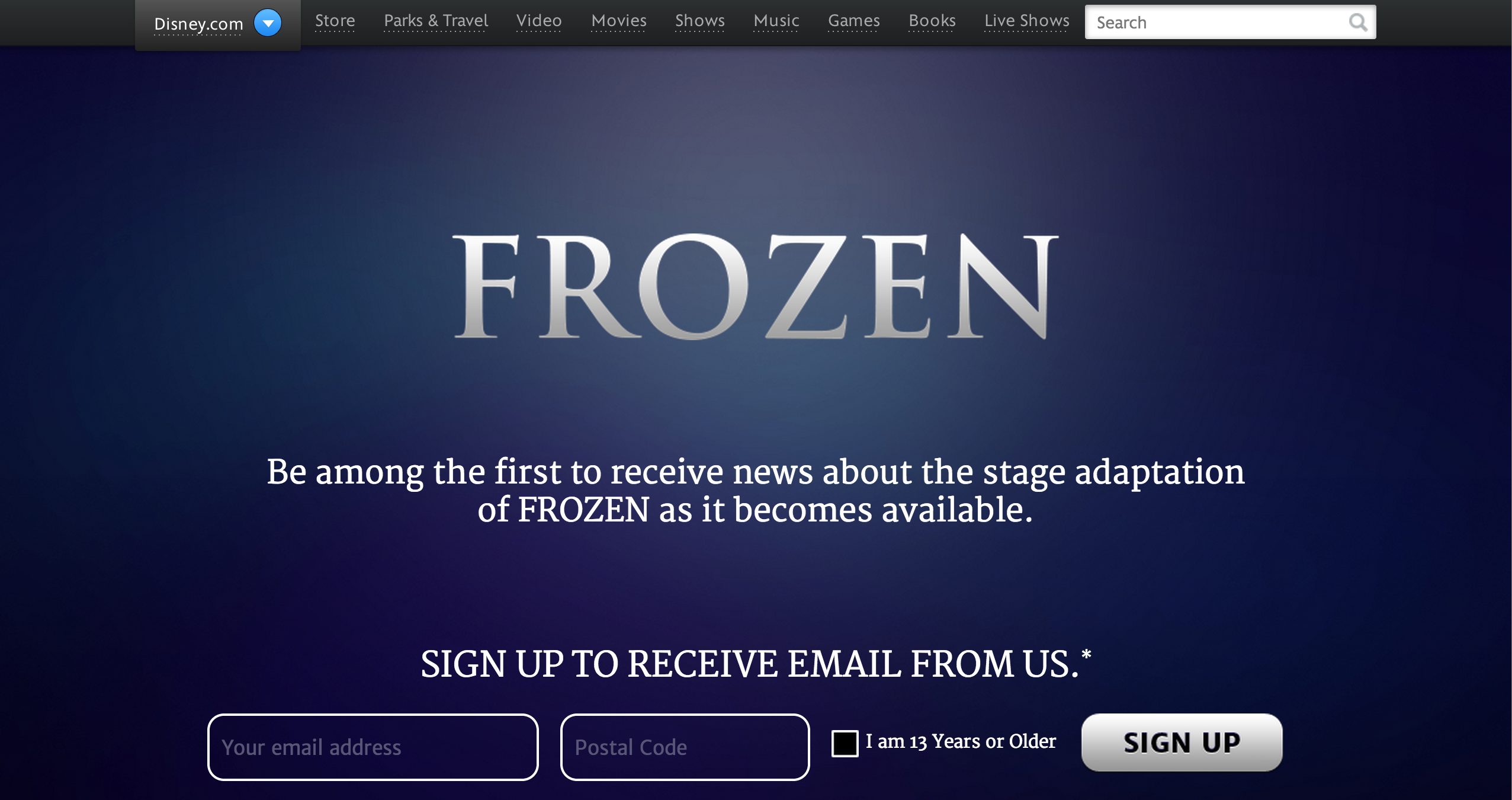 UPDATE 2/14: Disney has created an official website for “Frozen the Musical” where you can sign up for email updates. Check it out HERE.

Are you excited to hear that “Frozen” will be turned into a Broadway-style musical? What are you expecting? Will you want more of the same or new things? Let us know in the comments!