Have you ever wondered who designed that beautiful and iconic “Partners Statue” that greets you as you enter the heart of Disneyland? That person is a man named Blaine Gibson and he has sculpted all the statues of Mickey and Walt Disney at all the Disney Parks around the world. 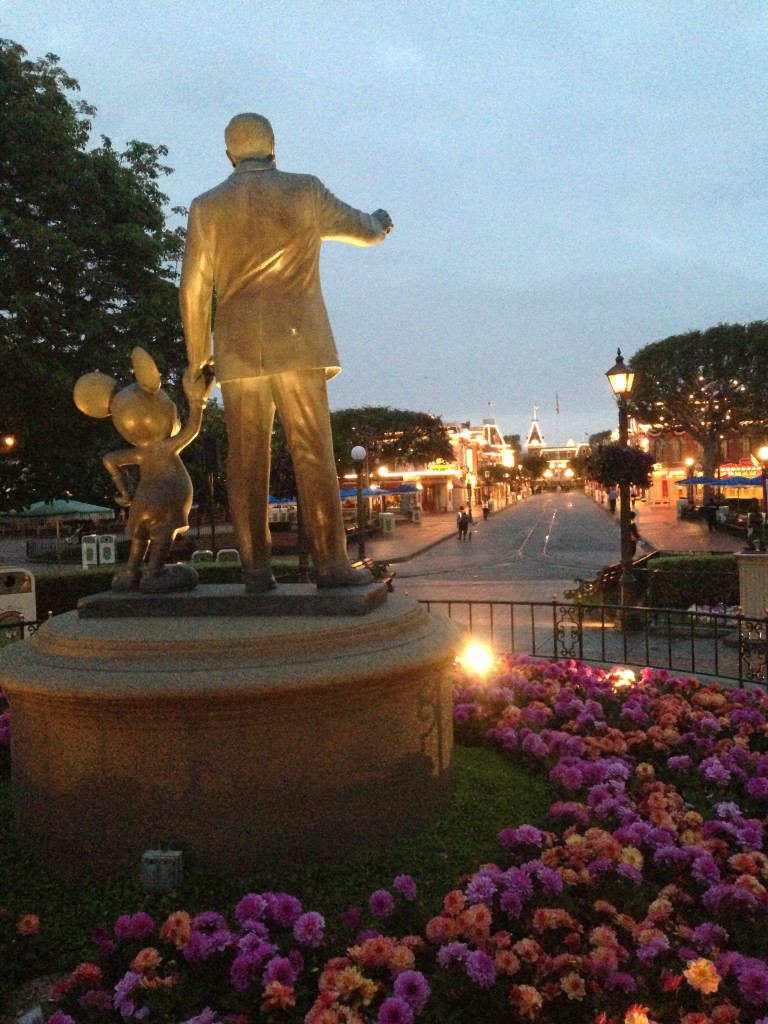 Blaine was born on February 11, 1918, in Rocky Ford, Colorado. He attended Colorado University, but decided to leave in 1939 to get his dream job with the newly founded Walt Disney Studios. He is credited for working on the classic Disney animated features such as “Fantasia”, “Bambi”, “Alice in Wonderland”, “Sleeping Beauty”, and “101 Dalmatians”.

Blaine worked full-time in the animation department and when he was off the clock, he would sculpt which was his favorite hobby since he was a child. Then one day in 1954, Walt saw one of Blaine’s art exhibits and decided to give him a special project for Disneyland which was still being built. After he switched departments Blaine animated half the time and the other time he would be sculpting. It wasn’t until 1961 that Blaine was working full-time in the design and development division supervising the new sculpture department.

He made a lot of sculptures that were the basis of the Audio-Animatronics that were made for the 1964 World’s Fair and Disney Theme Parks. He eventually started work making some of the first Audio-Animatronics figures used in Pirates of the Caribbean, Haunted mansion, The Tiki Room and Great Moments with Mr. Lincoln attractions.

After years of making Disney fantasy into reality, Blaine retired in 1983 after working almost 45 years for the Company, but still provided insight on projects utilizing his talents in Imagineering and animation. 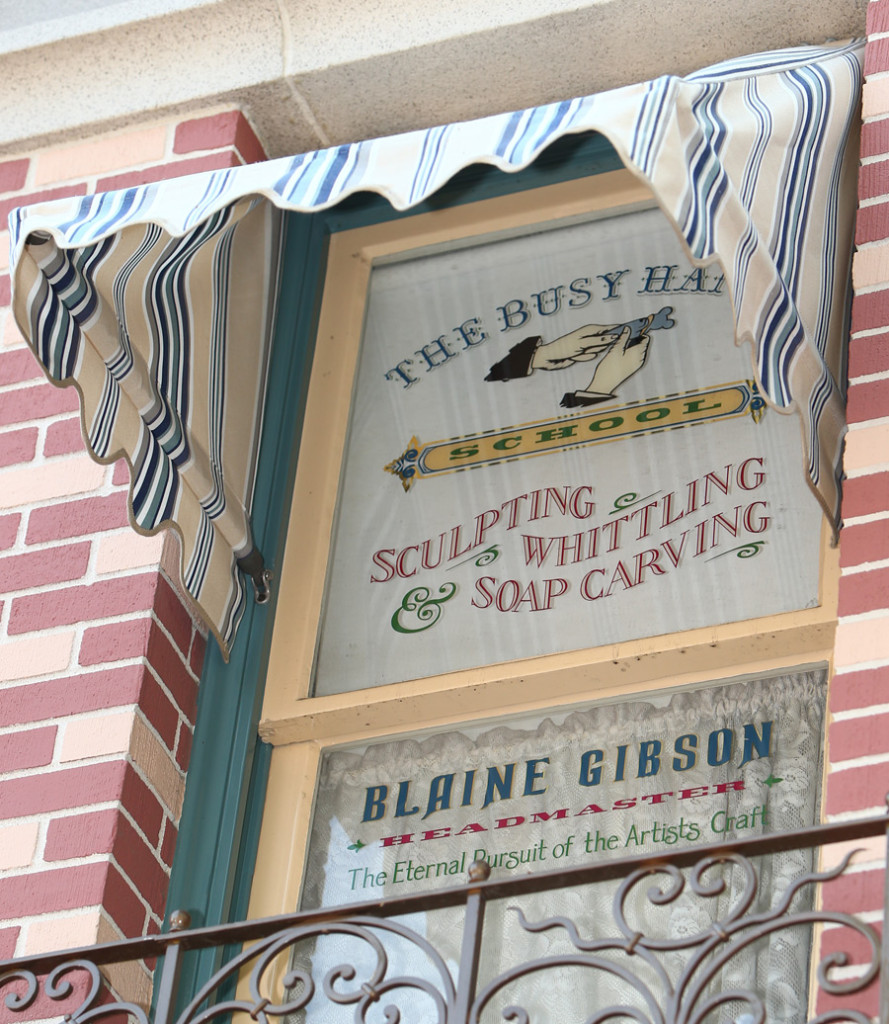 Blaine’s window is located above The Mad Hatter shop on Main Street USA and his window reads: The Busy Hands School, Sculpting, Whittling & Soap Carving, Blaine Gibson, Headmaster”. He was also named a Disney Legend in 1993.

We love learning all about these historic “windows” onto Disney history with all these stories! Be sure to read about our past history lessons on the Main Street USA windows by clicking HERE. What has been your favorite story so far?