Editor’s note: Our friends at The Walt Disney Studios release many other films aside from their own productions, which includes films from the famed Studio Ghibli of Japan. Although Disney doesn’t have to release films like these, they have a rather long history in releasing Studio Ghibli’s animated films like the most recent one which just hit theaters today. Our Walt Disney Studios writer Lance Cruzado fills us in on what we can expect with “The Wind Rises”, as well as dives into the reasons why Disney and Japan’s famed animation studios has these ties in our review below.

Rating: PG-13 for some disturbing images and smoking

In “The Wind Rises,” Jiro (voice of Joseph Gordon-Levitt) dreams of flying and designing beautiful airplanes, inspired by the famous Italian aeronautical designer Caproni (voice of Stanley Tucci). Nearsighted and unable to be a pilot, he becomes one of the world’s most accomplished airplane designers, earning the respect of prominent industry greats, including Hattori (voice of Mandy Patinkin) and Kurokawa (voice of Martin Short), and experiencing key historical events in an epic tale of love, perseverance and the challenges of living and making choices in a turbulent world. 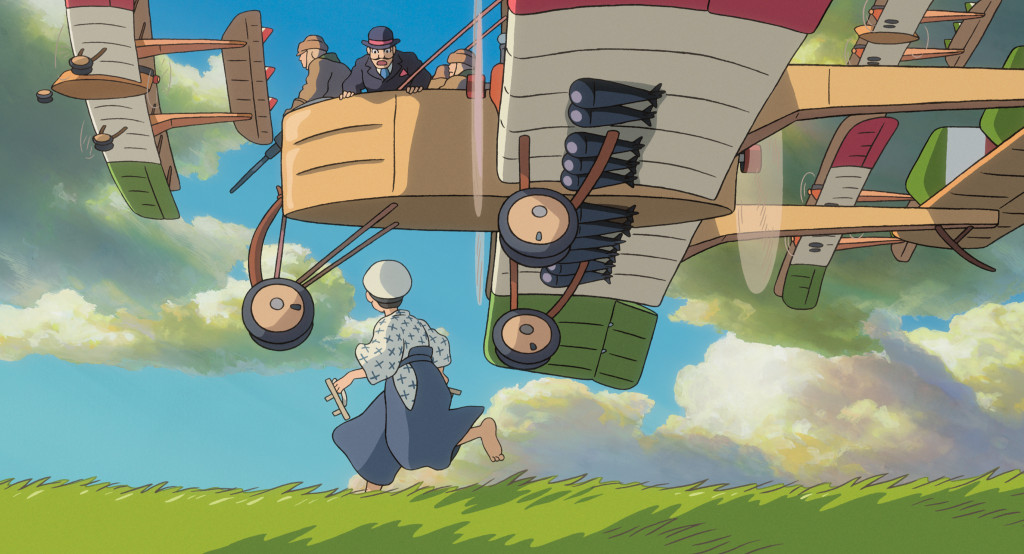 Simply put, “The Wind Rises” was a film clearly meant for an audience that has had more experience with Hayao Miyazaki’s (Studio Ghibli) style of work, because these types of movies are quite foreign to me. If it were a horrible movie, I would have subtly eased my way to saying that it was, but a slight pique of interest stopped my hands from doing so.

The film takes place in Japan during World War II. The protagonist, Jiro Horikoshi (Joseph Gordon Levitt), longs to build the airplane of his dreams since he was a child, but is faced with various types of circumstances postponing that dream as he matures. As I said, I was not accustomed to these types of movies; the pictures I HAVE grown convivial with are American made films. The difference between these kinds of films and American films is that these films don’t connect as fluidly. I felt that “The Wind Rises” abruptly jumped from one theme to another, such as “A beautiful dream being used as a means of destruction” to “originality being the key to success”. Though they were great messages, they were not used to their full meaning throughout the film. With that said, the melancholy and confusion produced from watching this movie also produced the light that illuminated the beauty of it: that Jiro, whatever happened, under any circumstances, lived as the wind rose. 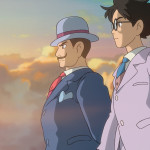 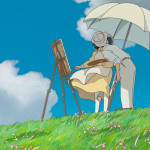 Although Studio Ghibli is not owned by The Walt Disney Company, I can see why Disney would want to associate itself with it. Studio Ghibli’s storytelling has a way of expressing itself vividly. One tangible proof may be another movie created by the same studio called “Spirited Away”, which became the highest-grossing anime film made in Japan, winning a Golden Bear award and an Oscar for best animated film in 2002. With “The Wind Rises”, not only did I see the elements of vivid storytelling (despite some scenes that proved unnecessary), but a mutual theme within the movie which builds a bridge between both Disney and Studio Ghibli: the idea of dreaming. Beautiful things come from beautiful dreams and that’s what you’ll find particularly in a foreign film like this.

In all, the movie was an abrupt difference from movies made in America, but it still retained qualities of traditional Disney films. The story jumped around quite a bit, but still had the storytelling elements and themes of hope and dreams that reflect back to other the classic Disney films we know and love. If you’re looking for a fresh take on Disney themes, visit your local theater to watch “The Wind Rises”!

These films have been screened prior to the release date for review purposes and therefore are viewed without charge through The Walt Disney Studios.