Sam McKim, was an extraordinary map maker and artist. He was the creator of the souvenir maps that were sold in Disneyland from 1958-1964. The reason his maps were so special were because each map was elaborately designed, colorfully printed and were large in size. 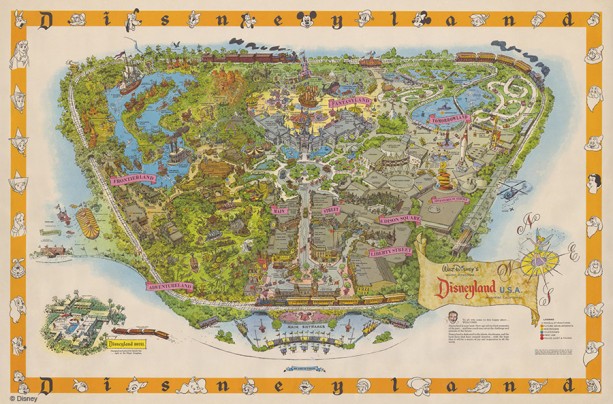 Sam was born in Vancouver, British Columbia, in 1924. He moved to Los Angeles with his family at the time that the United States was in turmoil with the Great Depression. He became an actor at the age of 10 and was working in western serials and B- movies. He was always drawing during his acting career and developed his skills. He would even draw caricatures of the actors which they would sign for him as well.

He then joined WED Enterprises, which is now Walt Disney Imagineering, as an illustrator in 1954. He worked on sketches of some Disneyland Park landmarks like The Golden Horseshoe, “Great Moments with Mr. Lincoln,” Walt Disney’s Carousel of Progress, Pirates of the Caribbean and the Haunted Mansion. Sam Retired in 1987 but remained Connected with WDI and Disney. He appeared at Disney fan events and consulting work and in 1992 designed the commemorative map for the opening of Disneyland Paris. 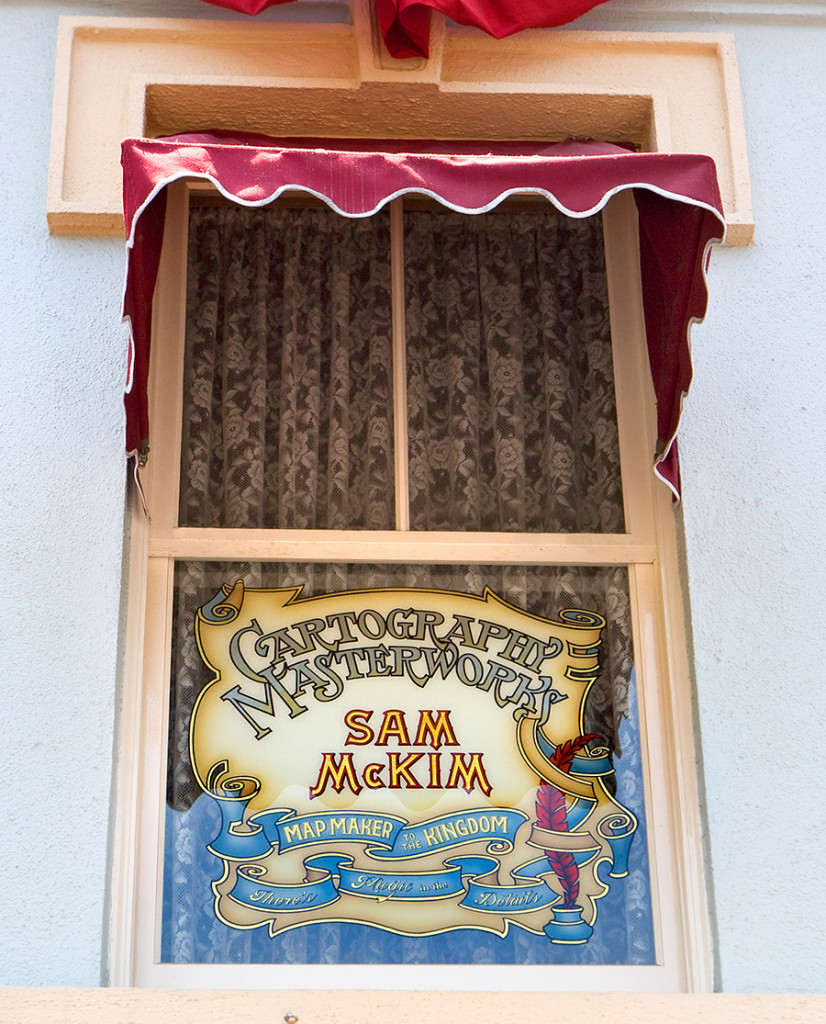 He became a Disney Legend in 1996 which was the same year that he was honored with a Main Street Window. You can find his window located about the Main street Photo Supply Co., states; and it says ” Cartography Masterworks- Sam Mckim- Map Maker of the Kingdom- There’s magic in the Details.

Although Sam passed away on July 9, 2004, but he will forever be remembered as the “Master Map Maker”.

We have more Main Street USA window stories for you as you so you can dive into the rich history of the people who really make the magic happen! Click HERE for our previous window stories.