Some of the greatest parties happen without planning, but other great parties start with lots of planning…if you’re talking an animated party with monsters.

“Muppets Most Wanted” starts with a wonderful short called “Party Central” which is about an AWESOME FRAT PARTY AT MONSTER’S UNIVERSITY YEAH! 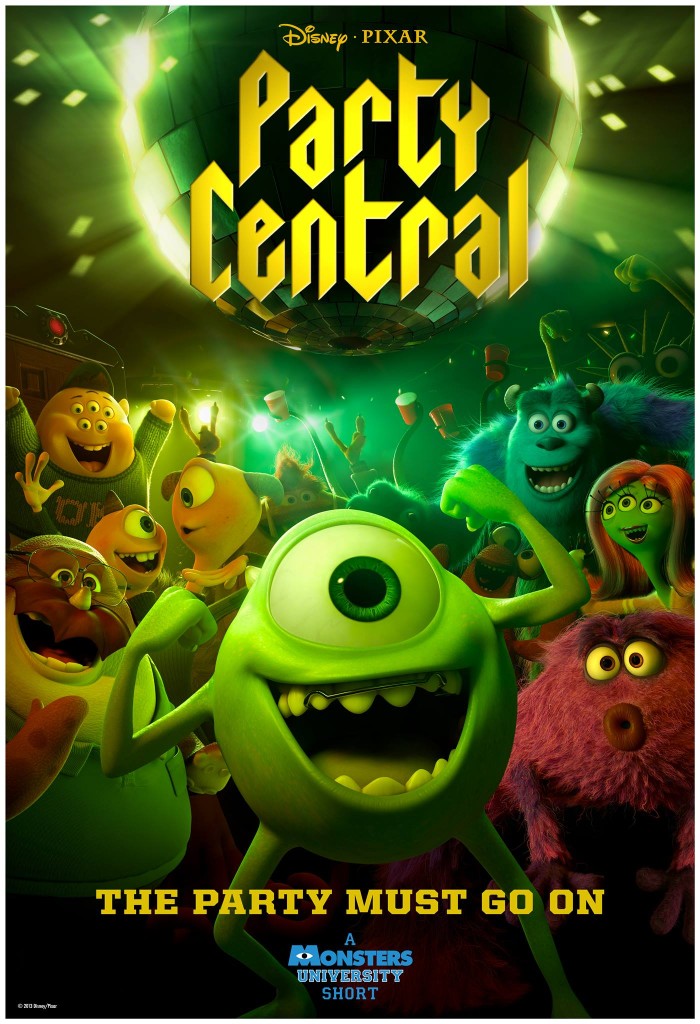 No seriously, it’s really about Oozma Kappa and how they throw their first wild party at MU (like they said they wanted to in the film). The short is incredibly funny, but have you ever wondered how shorts like these are made?

Kelsey Mann, the director of the newest Pixar short, gave a presentation during the Muppets press junket explaining the development of the short film. He commented that he wanted to create the short after being unable to include the idea in the movie and finally seeing the opportunity to include it as its own film. He compared door technology to the classic game Portal and said, “door technology is so cool – what would happen if you gave that technology to frat boys?” Although the results of his idea are hilarious, building that idea and that party didn’t come easy.

Mann demonstrated a program called Pitch Doctor (seen in the image above), which he and the other creators at Pixar now use to storyboard their ideas. He showed us the exact presentation he pitched for “Party Central”, showing how the program worked alongside his sketches and his very own voice-acting for each character. After a pitch, it is then given creative criticism by colleagues who only want the best story…which happens to be everyone at Pixar.

The results of the Mann and his team’s work happens to be one fun and funny short that we think can be added to the great list of Pixar shorts. Rock on!

Are you looking forward to seeing this short? Are you happy Pixar is using their shorts to extend their current stories or would you rather see an original story in future shorts from the Disney-owned studio? Comment below!