The Walt Disney Company has had its share of leaders at the top of the corporate ladder. One of those leaders was a man named Frank G. Wells, who was much more than an executive, but an executive who found potential and used every ounce of it to make the Company the greatness that it is today in the business world. 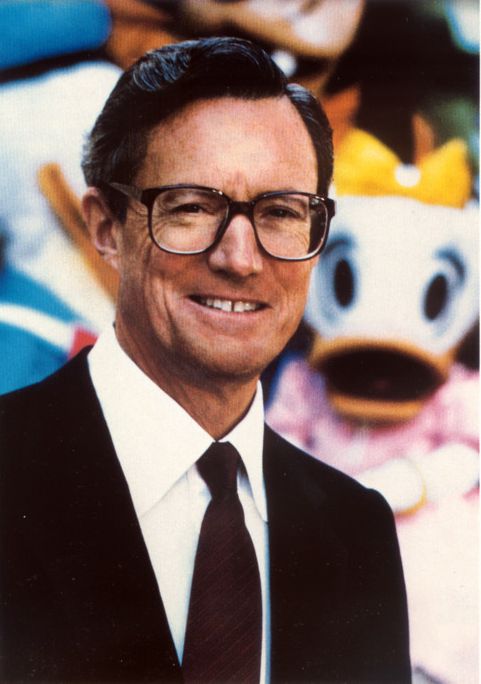 Frank was born in the 1930s in Coronado, California. He was the son of a naval officer and was later influenced to join the U.S. Army before he decided to shift gears and enter law school, going back to his roots in being a very accomplished student with being a recipient of the prestigious Rhodes Scholarship and going to Oxford University.

Although education was a big part of his life, Frank still loved to play just as much. His play, however, was much more different just like the rest of the aspects of his life were. In 1983, he made it a goal to climb the highest mountain on each of the world’s seven continents. What a fitting allusion for a man who took life and wanted to climb to the very top.

And he certainly did in everything he did in life. During his 10 years at Disney, Frank along with his fellow executives lead unprecedented growth for the Company with revenues across Disney’s many operating divisions pushing revenues that incrementally climbed year after year, just like his mountain climbing accomplishments. 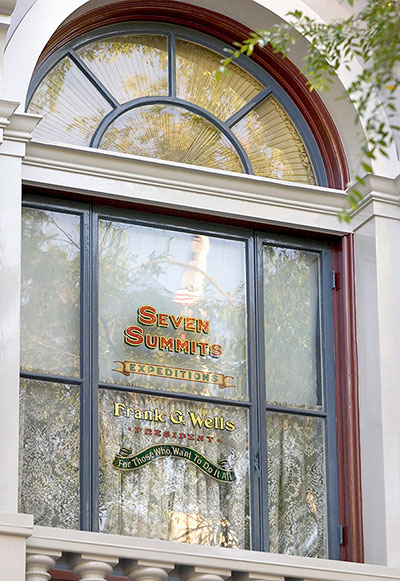 Unfortunately for Frank (and us), those years of growth and dreams came to a sad halt when the helicopter that Frank was traveling in crashed, killing him on April 3, 1994 – 20 years ago this week. Although Frank was gone, his legacy remained and forever touched the Company. He was posthumously awarded many tributes including his own building on the Walt Disney Studios lot in Burbank, a Disney Legends award, and of course a Main Street U.S.A. window at Disneyland. The inscription on perfectly summed up his life as it reads: “Seven Summits Expeditions, Frank G. Wells, President, For Those Who Want To Do It All.”

Have you heard of Frank Wells before? Do you like the life he lived? Would you consider him a role model in your professional and personal life? If you had the chance to speak to Frank, what would you talk about? Comment and tell us below!