We are a visual people. We are attracted to what we see and for the most part that’s particularly true for us and movies. We are usually lured into watching a film not just because of the trailers, but the posters that are plastered everywhere. Whether they are simplistic with text only or bombastic with visuals galore, movie posters are a big part of not only marketing the movie, but being a part of our culture.

For Disney films, we know that we’ve seen our share of Disney movie posters. They’re great and may have lead us into the theater for that particular film. But now that the movie is out of theaters and most likely on Blu-ray and on our shelves already, that doesn’t mean that the visual and physical part of that movie magic has to die! That’s what the artists at Mondo (usually known for their t-shirts) thought when they reimagined some of the classic and more recent Disney movie posters that have given a new life to the movies themselves.

Debuting earlier this month at this year’s South by Southwest Festival in Texas, these posters were a hit with those who visited the gallery that Mondo created which contained more the 30 of these visually stunning posters. We’ve included some of them in the gallery below for your enjoyment…because they were created for your enjoyment! Perhaps you’ll even dive back into your shelves and find that Disney movie to watch after seeing these posters too. And around and around we go… 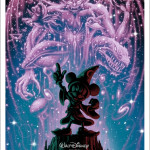 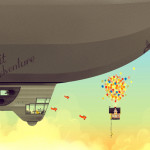 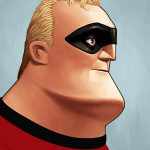 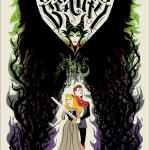 What do you think of the new Disney movie posters? Do you like how Mondo reimagined them? Do you think these posters could hang (or sell) in an art gallery? Which one would you take home with you? Comment and tell us!