After months of speculation, we now know the full cast of the beginning of the next “Star Wars” saga! With some new and some obviously recognized faces as part of that cast, this movie will be an ode to the past as well as a promise for an exciting future. In a statement released by director J.J. Abrams just a few moments ago, he is already excited to begin shooting with the “surreal” cast.

“We are so excited to finally share the cast of Star Wars: Episode VII. It is both thrilling and surreal to watch the beloved original cast and these brilliant new performers come together to bring this world to life, once again. We start shooting in a couple of weeks, and everyone is doing their best to make the fans proud.”

So without any further delay, here is the cast list (from top left to right): 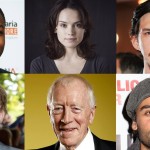 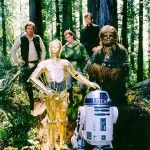 Shooting with the cast will begin in just a few weeks at the famous Pinewood Studios in London, England.

UPDATE 6/2/14 – Disney and Lucasfilm have also confirmed that Lupita Nyong’o, who recently won Best Supporting Actress for “12 Years A Slave” at Academy Awards, and “Game of Thrones” actress Gwendoline Christie have been added to the cast list.

UPDATE 7/7/14 – New casting announcements came in over the July 4th weekend. British actors (who just got their biggest break) Crystal Clarke and Pip Andersen will be in the film through an open casting call. No word on what role they’ll play.

Shooting is currently in progress in various locations including the main location at Pinewood Studios in London, England.

We’ll be updating this post with more information as we get it! In the meantime, what do you think about the cast list? Are you excited to see any of the people in the movie? Should they have casted anyone else (or out)? Let us know in the comments!