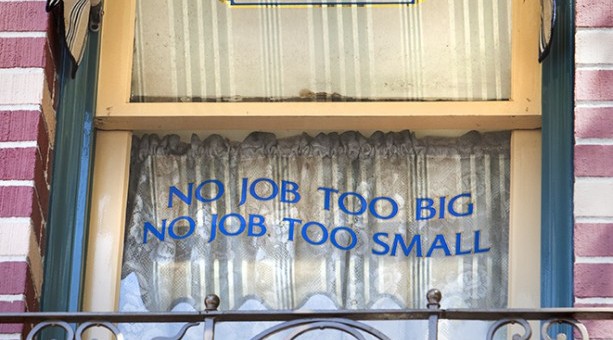 Milt Albright was a man who was determined to work for Walt Disney. He achieved his goal on June 19, 1947 and he said it was the luckiest day of his life. Milt’s goal was started 10 years prior to getting hired by Walt.

It all started in December 1937 when he saw a cover story in Time Magazine that was about that man behind the Mouse. That’s when he knew that he would one day work with Walt Disney. Milt was born in Kearney, Missouri, on June 7, 1916. He had two younger brothers and they all grew up on a farm north of Kansas City. When Milt was older, he took a job from his father to deliver a car to Los Angeles and as Milt saw Southern California, he decided he wanted to stay there and was still determined to work for Walt.

In 1947, Milt joined the Walt Disney Studios as a junior accountant. He had the task of preparing and delivering paychecks to all the top executives. This way he was able to get in touch with both Walt and Roy Disney. Things quickly progressed with his next dream of wanting to be a part of Walt’s next big project in Anaheim which we now know of as Disneyland Park.

That dream quickly made itself into reality in Milt’s life as in 1954, he became the manager of accounting for Disneyland Park. Little did he know that he’d be doing a lot more for Walt’s first theme park than he ever dreamed of doing.

In 1958, he transferred to Group Sales and founded the Magic Kingdom Club, which was one of the most innovative and successful in-house marketing programs of the company. He also came up with Grad Nite at the park. The first Grad Nite was held on June 15, 1961, and had 8,000 graduates from 30 local high schools. In the 1970’s, Milt was manager of special projects for marketing, and later promoted to manager of Guest Communications until he retired in 1992.

When Milt retired on July 17,1992, he said “I had the enormous good fortune to be hired by the finest entertainment company in the world. I believed it then, and I believe it still. Based on a lifetime with Disney, I would say with great conviction to any young person that you’ll never find a better place to start. Tough out the early years, learn Disney teamwork, and don’t be afraid to innovate…to come up with new ideas. I’ve had 45 years of challenge and some success in marketing because I took a chance and built and Autopia prototype car for Walt.”

Milt was honored with a window on Main Street, U.S.A., in 1992, which is located above The Mad Hatter shop. The window highlights Milt’s innovative business sense and his determination to achieve his goals with the inscription “No job too big, no job too small.”

Be sure to checkout the other Main Street U.S.A. window stories by clicking HERE. Do you look at life like Milt did? What would you do to get the attention of Disney to prove that you had the stuff to work for them? Let us know in the comments!