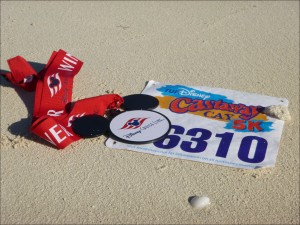 For those looking for the ultimate way to celebrate running a runDisney race, how about the idea of more running? That’s what runDisney and Disney Cruise Line have decided to do in a unique and relaxing way. We think it could be the best “cool-off” run for anyone who has taken part in a long distance running event.

The Castaway Cay Challenge is a 5K race that will be available for runners who take part in any of the races as part of the Walt Disney World Marathon Weekend (5K, 10K, half marathon, and/or full marathon) in 2015. Castaway Cay is Disney’s private island in the Bahamas that is usually the last port-of-call for those aboard a Disney Cruise Line. Sound like something you’d like to take part in?

Eligible runners who want to take part in the Challenge must also book the January 12, 2015 Disney cruise in addition to running a WDW Marathon Weekend race. Registration for both happens on the runDisney and Disney Cruise Line website starting May 23.