Bill and Jack Evans were brothers who had a knick-knack for gardening and landscaping for all sorts of places for all sorts of people. One of those people was Walt Disney when he called on the brothers to help landscape his house and the surrounding gardens where he had his backyard train set. Apparently they did such a wonderful job that Walt gave them an even bigger project: landscaping Disneyland.

With that charge and the little time and money they were given, the brothers got creative when transforming the 80 acres of orange groves in Anaheim. “Walt told me we were all out of loot and that the time had come to put Latin names on the weeds,” said Bill. They also salvaged trees that were slated for removal during construction of the new freeway system in Southern California and planted them in the park.

Upon the success, Bill Evans went on to become the director of landscape architecture, working on additions to Disneyland and the master plan for Walt Disney World Resort and Epcot Center in Florida. His success at those Disney projects only solidified the fact that this was something he was born to do. 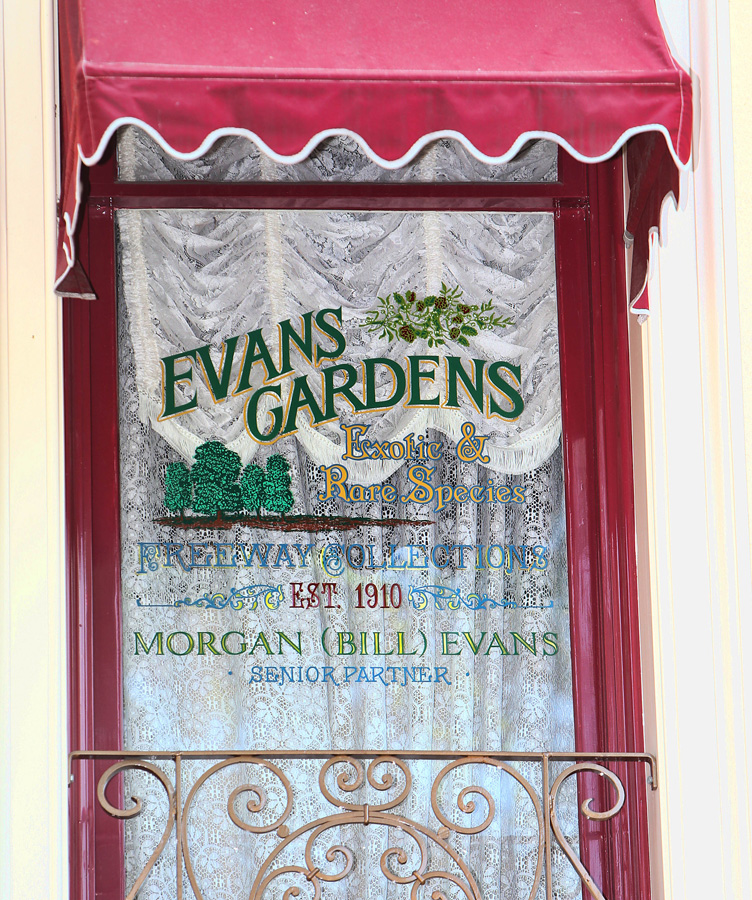 Born in the early 1900s in Santa Monica, CA, Bill was a third-generation horticulturist. His first botanical classroom was his father’s three-acre garden that was filled with exotic plants, including 150 varieties of hibiscus. His early familiarity with different kinds of plants only helped in later on in life when it came to how he could use plants in creative ways.

As Imagineer Terry Palmer explained, “In the Jungle Cruise, there’s a group of orange trees that most people would never recognize because Bill planted them upside-down. He decided the gnarled roots of the orange trees looked like suitably exotic jungle branches.” That creativity lead him to work on landscaping projects for more of Walt Disney World and internationally for Toyko Disney Resort where his skills could immerse guests even more into the stories that Disney Parks were looking to tell.

Bill passed away in 2002, but he has certainly made a very important mark on Disney Parks. He was given a Main Street U.S.A. window in 1990 with the inscription: “Evans Gardens, Exotic & Rare Species, Freeway Collections, Est. 1910, Morgan (Bill) Evans, Senior Partner.”

Even though you might not recognize his work when you make your way into the Magic Kingdom(s), you can thank Bill for allowing you to be transported into a dream land with every tree and root he planted.

Do you enjoy looking at the different horticulture around your favorite Disney Park? Do you think it helps immerse you in Disney dream world you want to be in when you enter a Disney Park? Let us know in the comments!