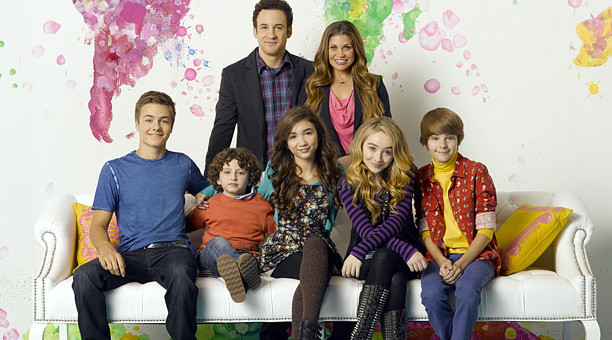 The new Disney Channel show Girl Meets World is set to premiere exactly a week from now on June 27, 2014 – a little more than 14 years after the original Boy Meets World ended!

Fans have been scrambling to get information on the show, and much has already been revealed by the cast and crew. For example, it’s confirmed that the show centers on Cory and Topanga’s daughter Riley and her friends as they navigate middle school and growing up. There are many new characters as well as old ones returning from the original show – but we won’t spoil it for you!

Despite repeated assurances from the cast, however, many audiences fear that the show will flop or, even worse, will not live up to the standard that Boy Meets World has already set.

While at this time no one can be sure how “Girl Meets World” will turn out, Disney has made it possible to get a special early viewing of the pilot episode through their Disney Channel App viewable right now!

Because I am a huge Boy Meets World fan, I watched the Pilot as soon as I could and have included my thoughts about it in the section below. For those who want to wait till June 27 to see the series premiere with their own eyes, skip past the section! 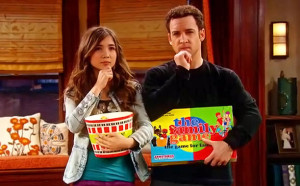 This episode, being a Pilot, introduces the Matthews family and their friends. Cory and Topanga are there (yay!), but the show also features their daughter Riley and son Auggie. Cory now teaches history at Riley’s middle school – which, of course, causes some conflict.

The episode shows Riley’s inner “civil war” as she struggles between being a proper teacher’s daughter and best friend to her more rebellious Maya.

Without giving too much away, this episode shows a dynamic between Riley and Maya that is very similar to the friendship between Cory and Shawn. There are old conflicts and moments that are very reflective of Boy Meets world. Still, the show does have newer Disney channel elements such as bright colors and more quirky characters (can you say Farkle?).

‘Girl Meets World’ attempts to bridge these modern aspects with the original heart and soul that ‘Boy Meets World’ had. Whether the show is successful in bringing these two together remains to be seen – I guess we’ll have to wait for the rest of the first season!

At the very heart of it and despite the generational gap between the new show and it’s spinoff, “Girl Meets World” tries to retain the heart of Boy Meets World without being a carbon copy of the original show. It’s a tough job, but the Pilot shows a lot of potential, and of course it’s wonderful to see Cory and Topanga together again (#TeamCorpanga)!

It all happens when “Girl Meets World” has its premiere on Disney Channel just next week on June 27 at 9:45 PM PT/ET, or if you can’t wait any longer, in the free Watch Disney Channel app!

How are you getting ready for “Girl Meets World”? By re-watching BMW? Are you excited for the show, and why or why not? Let us know by commenting below!