Imagine, you’re lying on the beach. The sounds of calm waves surround you. Your toes covered by warm sand. You look to your left and the world famous Mickey Mouse is dressed in colorful island wear. These are the sights and sounds you can experience when you delve into Disney’s Aulani Resort and Spa on the leeward shores of the island of Oahu in Hawai’i. And since Saturday marked the first day of summer, what better way to enjoy it than to relax at this Disney resort for your vacation this year!

As our editor Jordie wrote during his Christmas visit to the resort last year, Aulani steers away from the stereotypical tiki torches, touristy luaus, and even unrestrained use of Disney regalia that come to mind when Hawai’i and Disney are mentioned. Instead, the Disney Imagineers worked very closely with Hawaiian locals to create a resort that showcases Hawai’i’s rich culture.

Hawai’i’s culture, history, and traditions have been passed down orally for hundreds of years. All the stories are told through dance and chant. Disney’s brand of masterful storytelling fuses seamlessly with the Hawaiian traditional dance and music to create a resort filled with not only subtle Disney touches (like the character meet-and-greets), but a giant living, breathing storybook. 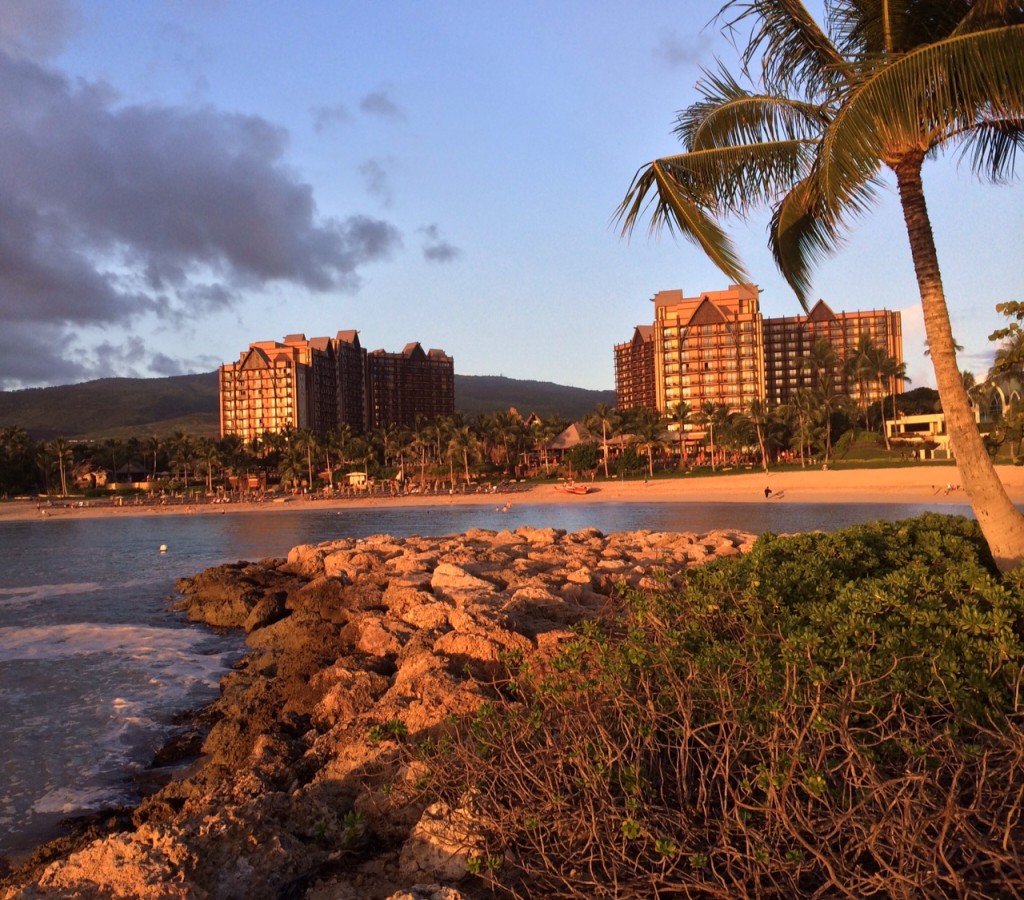 One of the ways guests both staying or just visiting Aulani can enjoy that storybook is through the Starlit Hui – an enchanting show featuring traditional hula dancers and Hawaiian musical performances. Be sure to stick around after the show because some of your favorite Disney characters, which may include Mickey Mouse, Minnie Mouse, Goofy, Stitch and many more. They’ll be around for a Hawaiian dance party that the keiki (children) and adults will surely enjoy. Now through August, Aulani’s Starlit Hui will be offered three times a week: Sunday, Monday and Thursday.

While you’re at the resort, be on the look out for the Menehune: people in Hawaiian mythology said to have magical powers that adds just another cultural and fun touch.

Take classes with local artists that teach traditional Hawaiian activities such as lei making, hula dancing and playing the ‘ukulele. You can also soak up the culture with one of the free guided tours. “The Art and Culture of Aulani,” will take you to see one of the largest collections of contemporary Hawaiian art in the country – right on property. Or learn about the landscaping, nature and beauty of Aulani in “The Nature and Wildlife of Aulani.”

Does this tropical paradise sound magical? Then be sure to take your entire ohana on a truly enriching vacation at Disney’s Aulani Resort and Spa this summer. You can relax in a very authentic Hawaiian resort that’s sprinkled with just the right amount of magic!

If you’re ready to book your Aulani summer getaway, be sure to contact our official travel agents at Small World Vacations who’ll take care of getting you there and planning your time there so you can take all the magic back home with you when it’s time to say goodbye.

What are you most excited to experience at Aulani? Are you looking to learn or relax or both? Comment below!