Disney has recently confirmed the future Disney Channel release of a new Disney Channel Original Movie “The Descendants“, which continues the story of many classic Disney characters. So far, the plot seems to revolve around the lives of the children of many famous Disney heroes and villains.

According to one of our writer Lance’s research, the story might go a little bit like this:

In a modern-day kingdom, a selfless prince is assumed to take his Father’s place on the throne. With this he makes his first proclamation: to provide redemption to the descendants of the evil characters that are imprisoned on the forbidden island. This proclamation offers these descendants ‘a ticket into the Kingdom’ (see what I did there?) as well as an education alongside the offspring of beloved Disney protagonists. Will this act of generosity affect the development of these descendants or will they just follow in the footsteps of their sinister parents?

While we know about the basic plot of the movie, here’s what we know so far about the cast and their characters: 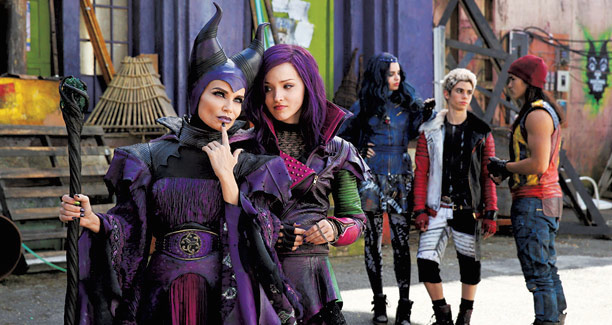 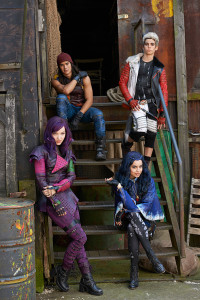 ing to see how Disney will continue the stories of their own characters – or whether or not they’ll stick to those original stories at all. Will the cast be able to remain true to the original characters’ personalities, or are they simply taking on their names and backgrounds? How does this new generation of Disney characters fit with the old? Will spin-offs be taken into account? (Will Maleficent have wings?!)

Only time will tell whether or not how close “The Descendants” will stick to already-established Disney films but, in the meantime, it’s fun to see the different ways the company is taking advantage of their own original characters and storylines.

Do you think stories should remain finished as they are or continue on as sequels? Are there any Disney characters’ whose “after happily ever after” story you’d like to see? Let us know in the comments!