I’ve had the privilege of meeting some wonderful people in my life, especially through my job here at DisneyExaminer. From meeting the fellow Disney fan to the magic-makers themselves, the common bond between all these people is a love for Disney. One of those Disney fans, magic-makers, and Disney lover happens to be a man named Thomas O. Staggs.

He’s one of those people whose name you might not know, but you certainly know the results of what he’s done. Tom, as he’s more commonly known, has been working for Disney since 1990 where he began as a Manager of Strategic Planning in corporate. He quickly moved up the corporate ladder taking on responsibilities and fulfilling them as they came. At the very young age of 37, he landed the role of Chief Financial Officer, one of the highest-ranking positions within the Company. 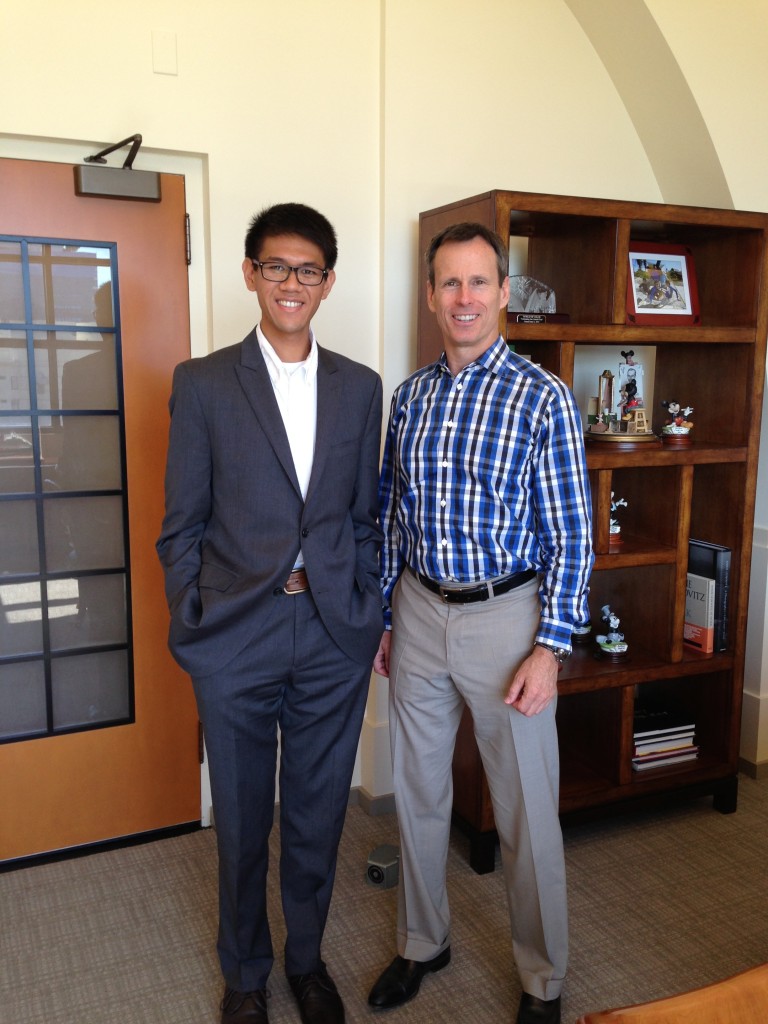 Tom and I in his office in Burbank. His office is just as nice as him!

It didn’t happen overnight, nor did it happen according to Tom’s plan, but it did happen and continues to happen for him as he now serves as Chairman of Walt Disney Parks and Resorts overseeing and leading all the theme parks and resorts bearing the Disney name worldwide. Quite impressive, huh?

I’ve had the joy of meeting and interviewing Tom quite a few times and in one such occasion, I had the chance to ask him about his success and what lead to it. What I quickly found out was that it all stemmed in the fact of who he is as a person, not what he did as one. In other words, they are the life skills that don’t stop as soon as he leaves the office every evening. They extended into his everyday life which I think made him to be where he is today.

He’s very much a mentor to me and have personally benefited from his advice, so I’ve listed some of those life skills that he shared with me, as well as with a graduating class from his alma mater the University of Minnesota in a commencement speech he gave just a few weeks ago.

Although these life skills can’t guarantee you to be the next Disney executive or notable Disney fan, take Tom’s life as an example of the magical things you can do in your professional and personal life!

Will you follow (or do you already follow) some of the advice that Tom shares? Will you bring these life skills in your professional and personal life? Why or why not? Tell us in the comments!