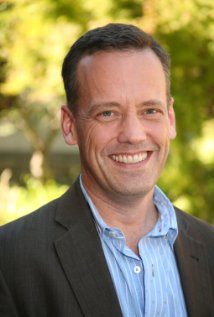 Dee Bradley Baker, voice actor extraordinaire, will be lending his voice (or rather, his whistling talents!) as Dopey on the new Disney Channel show “The 7D”. In addition, an accompanying app has been released on iTunes in preparation for the show.

Baker has voiced hundreds of timeless characters and has shared in an interview his excitement about voicing Dopey.

Despite the fact that Dopey does not speak, Baker has expressed that  animal sounds and whistles give him more freedom to interpret the emotions and actions that Dopey is trying to communicate. He’s played many non-speaking characters before, so Dopey should be no problem for him!

Baker also discussed the uniqueness of working with a cast as large and as funny as the ones voicing the characters of The 7D. Other cast members include Bill Farmer (Current voice of Goofy), Jess Harnell (Voice of Wacko in Animaniacs), Leigh-Allyn Baker (Good Luck Charlie), and even Kelly Osbourne. Baker notes the fun of working with the cast and comments that it’s “a real treat to be together with them”.

The interview also revealed that like previous shows such as Phineas and Ferb, “The 7D” will appeal to both adults and to children. Baker spoke on how the show makes, “a little bit of a shift in terms of how people think about these classic characters,” but at the same time still is still, “really smart and fresh.”

We also asked Baker with dwarf he identifies with most. Dopey, of course was his answer!

Finally, Baker noted that if there’s anything he’d like audiences to know, it’d be to, “expect to have fun and you will. It’s a great fun ride, just like the mine ride in the game, and it’s a fun, funny show. I think they’re gonna love it.”

Make sure to downloa

d the very fun The 7D Mine Train app on iTunes now, and catch “The 7D” to hear Dee Bradley Baker and the other voice actors bring your favorite characters to life this July 7!

Our thanks to Dee Bradley Baker for the exclusive interview! Click HERE to read the interview transcript.

Which of the 7 dwarfs do you identify with? Who’s your favorite character voiced by Dee Bradley Baker? Let us know in the comments!