Disney’s next animated film is coming to theaters soon amid a slow year for animated films. “Planes: Fire & Rescue” is the sequel to “Planes“, which was released last year to a lot of uncertainty. The first movie was conceived as a direct-to-video release until Disney decided to give it a theatrical release. Little did Disney know that Dusty Crophopper and the rest of his flying friends would give them a modest yet positive return at the box office.

What came as more of a surprise was that Disney was rather quick to announce the sequel to the “Cars” spinoff, but why? With much of the success of the first movie attributed to the fact that kids just love the idea of aviation and the “look of Lightning McQueen”, many started asking why create a sequel. As we near the release of that sequel this Friday, July 18, I wanted to answer that question and what better way to do so than from hearing it from the mouths of the cast and crew themselves!

I had the opportunity to interview many of those people at a press day on Monday in Beverly Hills, California. My question was simple: why do a sequel?

And this is how they responded: 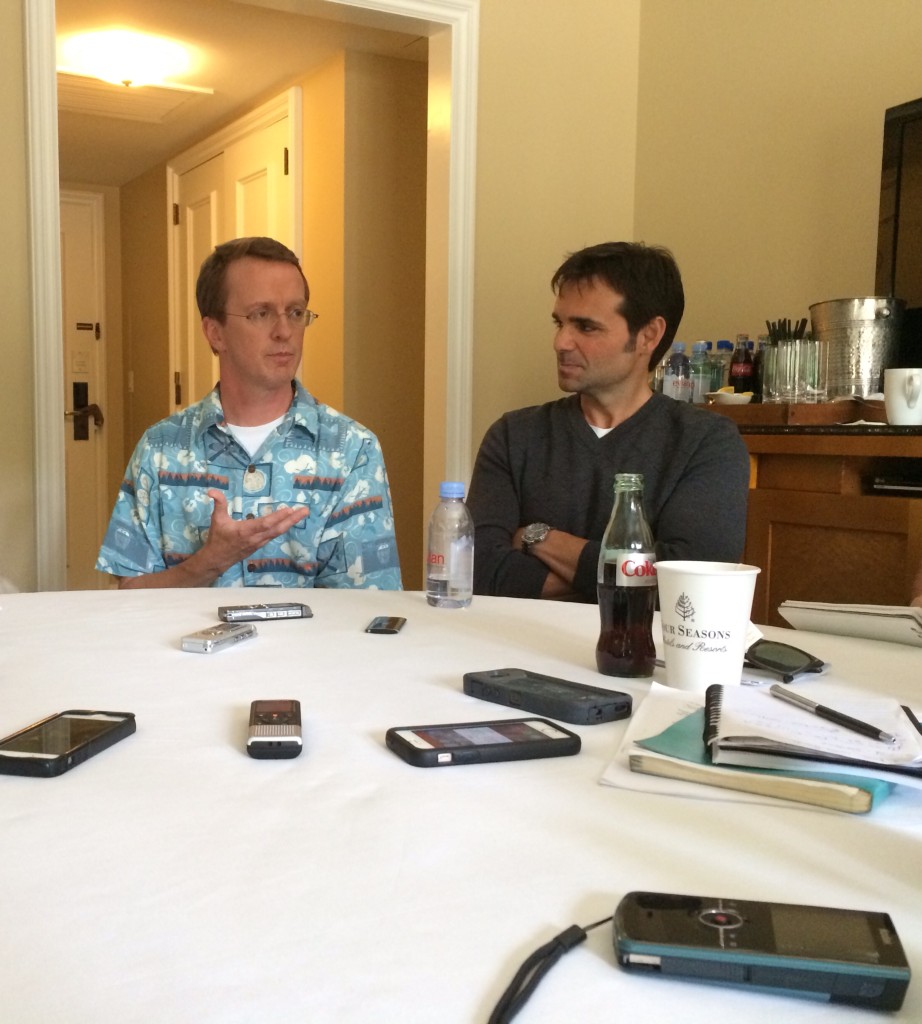 Ferrell Barron wanted to remain true to reality: “Everything we do is built off the truth and looks as accurate as possible,” says Barron. “The movie took 4 years to make because of all the custom animation we did and the amount of research we did to tell this hero story.”

Bobs Gannaway wanted to elevate the storytelling: “I started as a writer from the first film, so I wanted to tell a deeper story through the main character, said Gannaway. “The theme of second chances is a scary question, but it’s a mature theme that stretches to all age groups that people will connect with and haven’t seen in this animated world in the first film.”

Both Gannaway and Barron agreed that another reason why they wanted to do a sequel was because they wanted to prove that “Planes” deserved the Big Screen. “The largeness that is aircraft and the landscape they travel (in this case a fictional national park) is vast. It was a tough movie to animate, but we feel the visuals combined with the deeper story would make for a large audience in a large auditorium.” 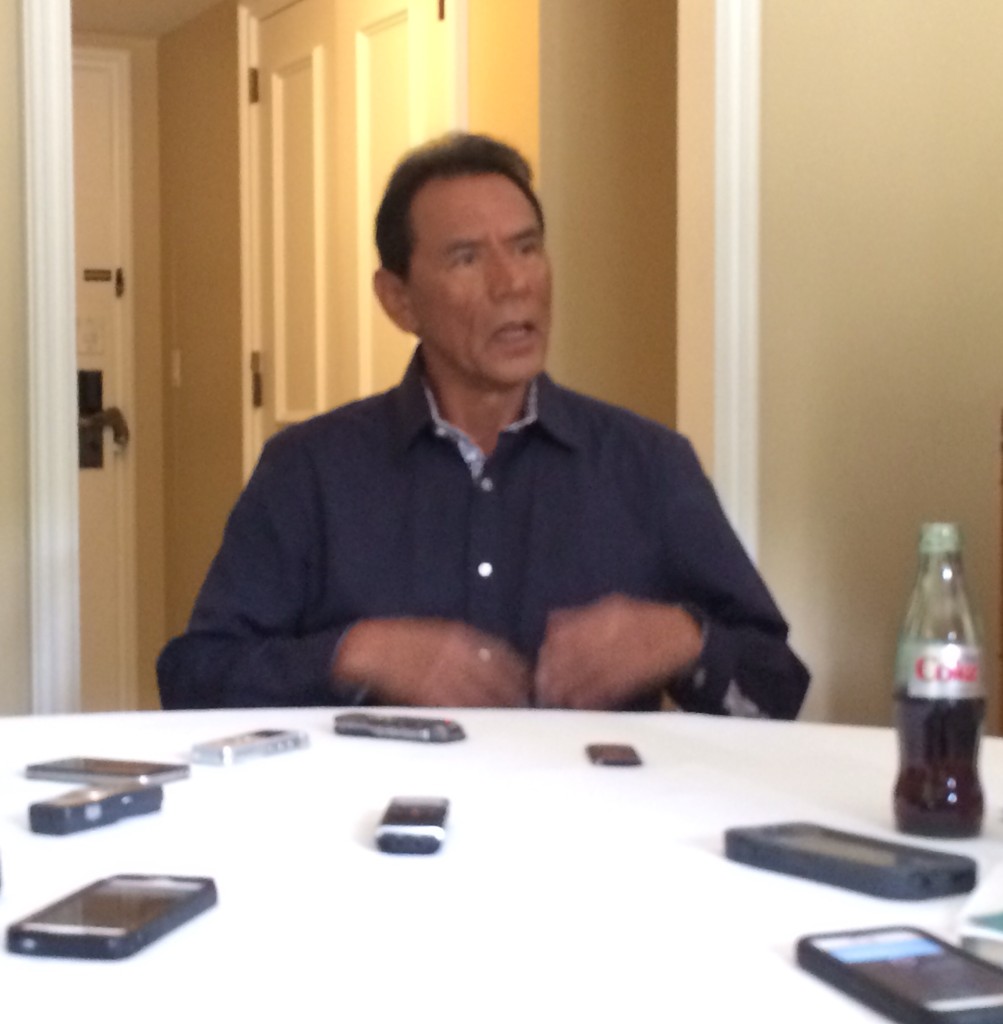 Wes Studi wanted to share his Native American culture with a larger audience, as well as represent his culture’s little-known connection with firefighting. “60% of the firefighting community in the Southwest U.S. are made up of members of reservations that reside in that area,” he said. “That’s something that is not widely known, but I appreciate the fact that Disney did that kind of research and include it (namely me!) in the film.” 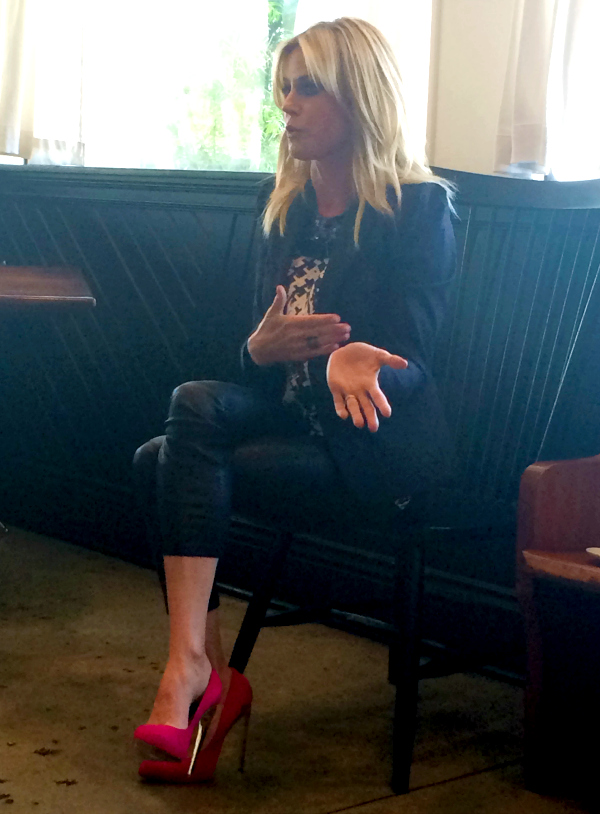 Julie Bowen was just happy that she could impress her kids by being in a Disney movie. “They don’t give a rat’s pattoody about “Modern Family”, but their ecstatic about this! They even have the toys; mom gets cool points!” Bowen also was excited to play a character that matched her personality, too. “Dipper is about her personality and her job ability, she said. “She is totally me.”

Dane Cook “lifelong Disney fan” and is very happy to be back giving the film’s main character a voice, but not just for a film. A Disney film. Again!

With the first film, I was just eager to be a part of a Disney movie. I met John Lasseter a few times in the past and I secretly had this desire to have him ask me to be in one of his films. I knew his history of working with comedians in the past, so I knew something would come. I’m just glad that I’m entertaining families now, too!” 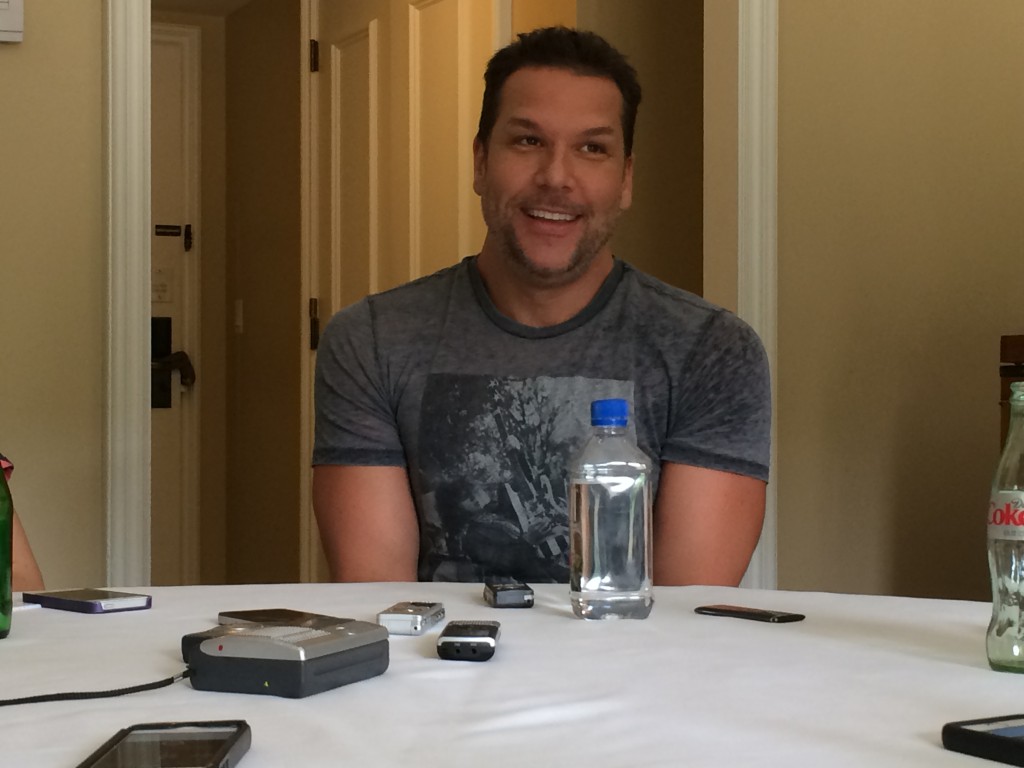 Now that he is part of the Disney film family, he was even more grateful to have been invited to do it all over again with a more involved role. “Now that I’ve been here from the very beginning of this story, it was so great to be able to contribute to the next story by giving Dusty’s perspective on things,” Cook said.

Cook also related to the main theme of the sequel of second chances. “Periods of ups and downs are frequent in this business and I’ve had many of those periods in my own life where I’ve been given my own second chances. It’s great to have that life message of hope resonate in Dusty’s voice and although the movie is fun and funny, there’s heart. My heart’s in it.”

If it wasn’t evident enough in the cast and crew’s responses, there are so many reasons why a sequel was made. From business-driving reasons like production value to the more hearty reasons like impressing your kids, the reasons really resonated with me and I’m sure will resonate with anyone who chooses to see the film that has every right to have been made.

Will you be seeing “Planes: Fire & Rescue” in theaters? Did any of the cast and crew’s responses on why they wanted to do a sequel sway you to see the film? Which ones? Did you see the first film? What are you expecting from this sequel yourself? Tell us in the comments!

Be sure to also check back here on Friday for our SPOILER-FREE review of the film.