Disneyland’s famous “hidden restaurant” Club 33 reopened today to mixed bag of emotions. Gone are the things that were a staple to the facility like decor and the menu and in are new things like the addition of a “jazz lounge” and a new chef. Oh, and a new logo.

Not everyone is entirely happy with the changes (including some current members), but the most exclusive and no so much “hidden restaurant”, lounge, and counterparts in Disney California Adventure Park are still places that even the non-Disney fan wants to see and experience.

In celebration of the reopening, I’ve written this story to enlighten those who are interested in joining Club 33 in the future, what membership includes, the price of membership, and even a photo tour of the Club prior to its renovation. It’s all information that I got when we were invited to become members a year ago…but decided to not join (like a majority of those who are offered membership).

But you won’t guess why until you read on.

Earlier last year, I was surprised to find in the mail this canary-yellow envelope. It was addressed to me and it looked nice in quality. Then my eyes slowly glanced toward the top of the envelope and then I saw the large blue “33”. 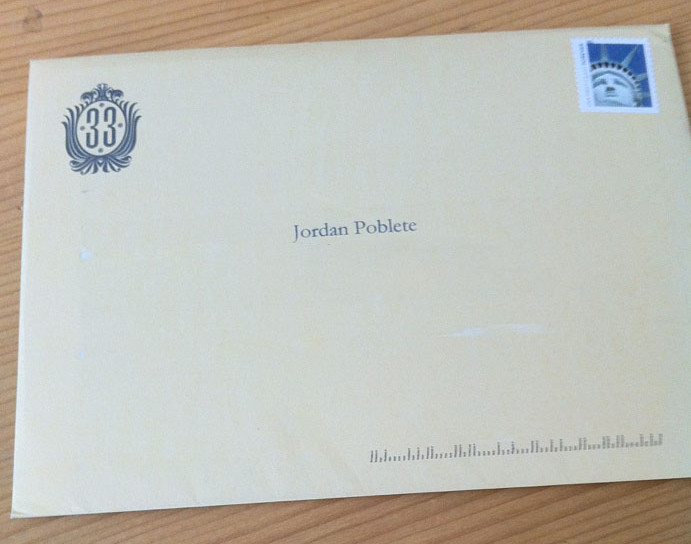 I was pretty excited at the time and long story short, I found out that after about 7 years of waiting, my family and I were offered membership into Disneyland’s exclusive Club 33.

If you do not know what Club 33 is, click HERE. In essence, all those benefits and exclusive offerings for being part of the Club were offered for our taking…with a price tag, of course.

The Club (consisting of a restaurant, jazz lounge, and DCA lounge) remains exclusive primarily because of the extreme price to obtain membership. Many of you have heard all sorts of digits of the price to become a member, and yes, those digits are high. If you were to become a member today, the price for one tier of membership starts at $14,400 with yearly dues (usually in the thousands of dollars). 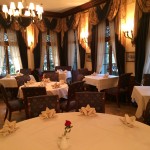 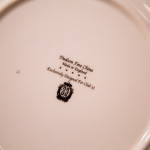 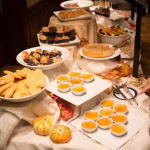 Sure, the benefits are highly prized for any Disney fan, including this one here, but for an opportunity to have dinner inside a space that Walt Disney conceived (where the price of dinner is not even included), skip some lines at certain (not all) attractions, 50 free 1-day tickets to the parks to give to our friends and family, 4 annual passes (that include admission to Walt Disney World), and the ability to attend exclusive events where price of admission isn’t included in your membership fee, one might question the actual benefits of becoming a member.

Not to say that those benefits aren’t great, but my family and I sure had to think and pay quickly if we decided to become members because we were given a short timeframe like everyone else to make our decision because “there are hundreds more people on the wait list that might want to join, too.” 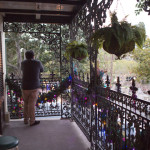 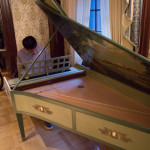 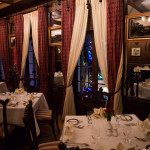 In the end, we didn’t decide to join and even though passing up all these awesome benefits hurt for a little while, those feelings quickly faded. Why? Because we knew we’d still have access to the Club and benefits.

The reality is that Club 33 membership isn’t for everyone, but from one Disney fan to another, you don’t need membership to get access to the Club.

Really. How is that?

Chances are you are friends or can become friends with a Club 33 member! Little did I know that in my circle of friends and family that we had people who knew or were members and graciously shared their benefits with us. And those Club members most likely are in your circles, too!

So if you’re looking to skip lines, dine, or even take a tour of the Club, my recommendation is simple: ask people around your circles to get you a reservation to dine there! With the reopening of the Club, I know that members have been given a little stricter rules on who they can bring in and the benefits they can share, but it’s still possible. Now I know it’s no guarantee that you or even I will gain access through these people, but it certainly doesn’t hurt to ask!

I’m looking forward to visiting the Club again very soon to check out the new facilities and I certainly hope that you get to as well in the near future. The experience of visiting the un-mythical place inside Disneyland is something that everyone should get to do once in their lives and I’m sure (for the most of you who don’t have liquid incomes) that getting to do so without spending thousands might make your visit even more magical!

…but do bring money if you decide to dine there. The dinner tab (which will be more than $100) is on you.

We’ve included a picture tour of the restaurant portion of Club 33 prior to its renovation (as Walt Disney saw it) on our Facebook Page. Take look right now to help satisfy your desires until you actually get to visit it in person!

Do you know of anyone who could get you into Club 33? Will you be asking around any time soon to pay a visit to the Club? If you were given the option to join as a member, would you join and if so, why? Comment below.