Last Friday, some of Team DisneyExaminer left Los Angeles at 3 AM to make the 7 hour drive to San Francisco for our first official business trip! As with any firsts, we knew that it was going to be memorable and it really was immediately as we entered the Bay Area. Our first stop even before checking into our hotel was the highly guarded yet highly regarded place: Pixar Animation Studios.

For us, it was always a dream to visit the place where some of our favorite animated films were dreamt up, produced, and ultimately celebrated. To have finally been able to experience that dream and be in the place where “little chefs” were born and “incredible” families come together to protect mankind was such an honor.

The honor was really due, though, to the hundreds of people that call the animation studios their workplace. The Emeryville, CA campus houses world-class animators, the smartest technical artists, the most imaginative directors, and legions of other teams that want to tell the best story possible. To achieve that, Pixar has maintained the culture and environment that it was founded on with the help of a visionary.

Steve Jobs, the late and former co-founder and CEO of Apple Inc., lead that culture in everything he did for the company when he help create Pixar in 1986. He encouraged hiring the right people who shared the value of storytelling instead of personal ego and designed an open floor plan of their current state-of-the-art main building (which now bears his name after his passing) to encourage synergy and impromptu meetings all for the sake of story. Of course, there is also a fun element to the Pixar culture as the campus also has various spaces for employees to relax, eat, and work out should they need a break from creating their award-winning stories.

We felt that culture with every step we took in and around the campus and by doing so, we were able to see the results of it all in the little and bigger nods to some of their previous films in the form of the hidden and not-so-hidden gems in and around the buildings, which are equally as beautiful with harmonious blend of brick, wood, steel, and natural light used throughout.

Finding those touches like the watercolor painting of Buzz and Woody in their dining area to the huge Luxo Ball and Luxo Jr. that greet you at the entrance, you can tell that people who create the stories we love love them just as much or even more. Working at Pixar may mean a lot of long hours and what may seem like endless stresses, but the shared values of storytelling and beautiful animation to support that storytelling are why we think working there is nothing short of amazing – just like their films.

They keep churning out those films too with two of them coming out next year. Everyone was still hard at work finishing up those films, so to see Pixar in their moment added to how cool our visit turned out to be. Sadly, public tours are not offered by Pixar since the whole studio is a closed set, but we’re happy to share some of the photos we took during our rare dream tour so that you can better understand the winning Pixar culture and environment. Enjoy them in the gallery below! 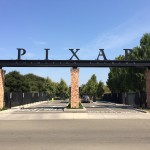 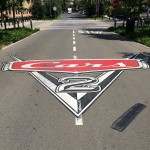 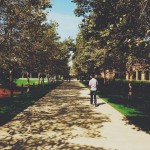 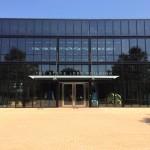 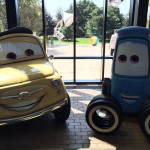 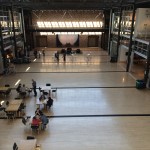 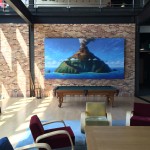 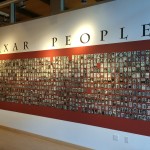 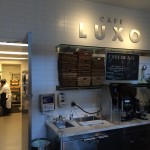 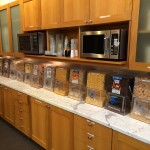 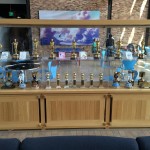 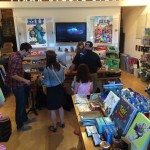 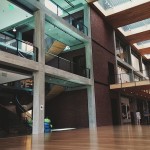 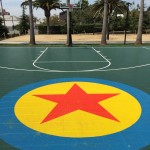 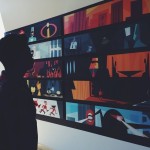 Our special thanks to our good friend who invited us down as guests during our trip. You know who you are!

If you had the chance to visit Pixar, what would you want to see that you’ve heard of before? What would you ask John Lasseter if you bumped into him? Are you excited for their two new films coming out next year? Share your thoughts in the comments!