As part of our recent visit to the San Francisco area this past weekend, we made our way to a very special museum that is wholly dedicated to one man and his impact on the world. That man was the namesake for our site, the reason this site exists, and why we’re encouraged to see our dreams come true.

The Walt Disney Family Museum is located in a rustic building in the beautiful area called the Presidio and has a view that perfectly frames the Golden Gate Bridge in its background. Sure, the sweeping beauty of the exterior of the Museum would already be worth the price of admission already, but the beauty of the interior and the stories it holds about Walt Disney himself is why we ultimately came. 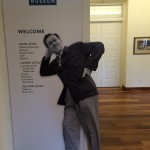 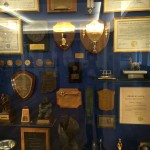 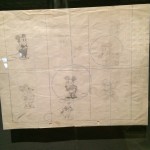 For many of us, we’ve heard so many things about Walt in our history. He was a visionary, entrepreneur, animator, and celebrity – all synonymous with the greatness that we know him by through his Company’s present ventures. But before all that, he was a simpleton just like everyone else – a real person who didn’t have much, but dreamt big. The Museum is basically a walking tour of Walt’s life from beginning to end.

Together with the help of his late daughter Diane Disney Miller and his grandson Walter E.D. Miller, the Museum has various exhibits that share some of the most intimate moments segmented into the 6 decades of Walt’s life. Before you even begin your self-guided tour, you are met with walls upon walls of awards and accolades that Walt received in his lifetime, making such a bold statement as you enter the first room that shares the roots of his family.

As you continue to walk through each exhibit, you’ll find each one to be educational as much as it is entertaining with the hope that you’ll get to know Diane Disney’s dad better. With that type of language that greeted us on our welcome pamphlet, you can expect to peer into some of the more intimate moments in Walt’s life like how he kickstarted animation, his marriage to his beloved Lilly, and even the moment he dreamt up Mickey. Of course, this very much a Disney museum, so expect to see your generous share of Disney things rare sketches and items from some of your favorite Disney films like “Fantasia” and a whole room dedicated to the creation of Disneyland!

You’ll also get to learn more about the talented people he surrounded himself with to make dreams come true including legendary artist Mary Blair, who worked with Walt to create concept art for his first animated films and went on to create more notable art like the dolls of ‘it’s a small world’. With special exhibits like Mary’s, screenings, and talks happening throughout the year, you’ll always find and learn something new. 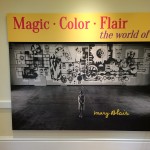 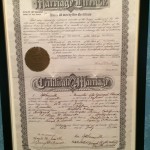 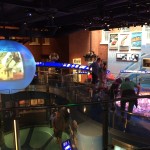 In all, to be able to place over 60 years of animation, innovation, and inspiration in one building is a feat in itself. There was literally so much history around every corner that we left overwhelmed and rather speechless after we exited and I think that was the point. It is the Museum’s hope that your visit will encourage you to dream big like Walt did. He was a real man who did real things albeit grand things, but that was because you had a man who lived in curiosity and was so optimistic in finding out what made him curious. Those things are the things that make us smile today so many years after Walt left.