A few weeks ago, I had the chance to screen the entire animated short that will be shown in front of “Big Hero 6” later this year. Tracing back to its roots, Disney has always had a way with doing animated short films that seem to make us feel the breadth of emotion in 2 minutes that a full-length motion picture would take 2+ hours to do. That in itself is a feat, which is why we’re always looking to Disney to set the standard. Will that be the case this time around?

Here’s some background on the short and a spoiler-free commentary.

Synopsis: The story of one man’s love life is seen through the eyes of his best friend and dog, Winston, and revealed bite by bite through the meals they share.

The idea for the next Disney animated short seemed to have been in plain sight, according to the first-time director. Patrick Osborne was most recently the head of animation for “Paperman”, the Academy Award-winning short, and was on the move to be the same for “Big Hero 6” until he got the call that changed his life.

That call was made to notify him that the idea for his short was greenlit to be made and open up in front of the “big” animated feature he was then previously working on. With so much weight on his shoulders especially as a first-time director, Osborne rested in the laurels that the reason he was in this position was because he had a great story. 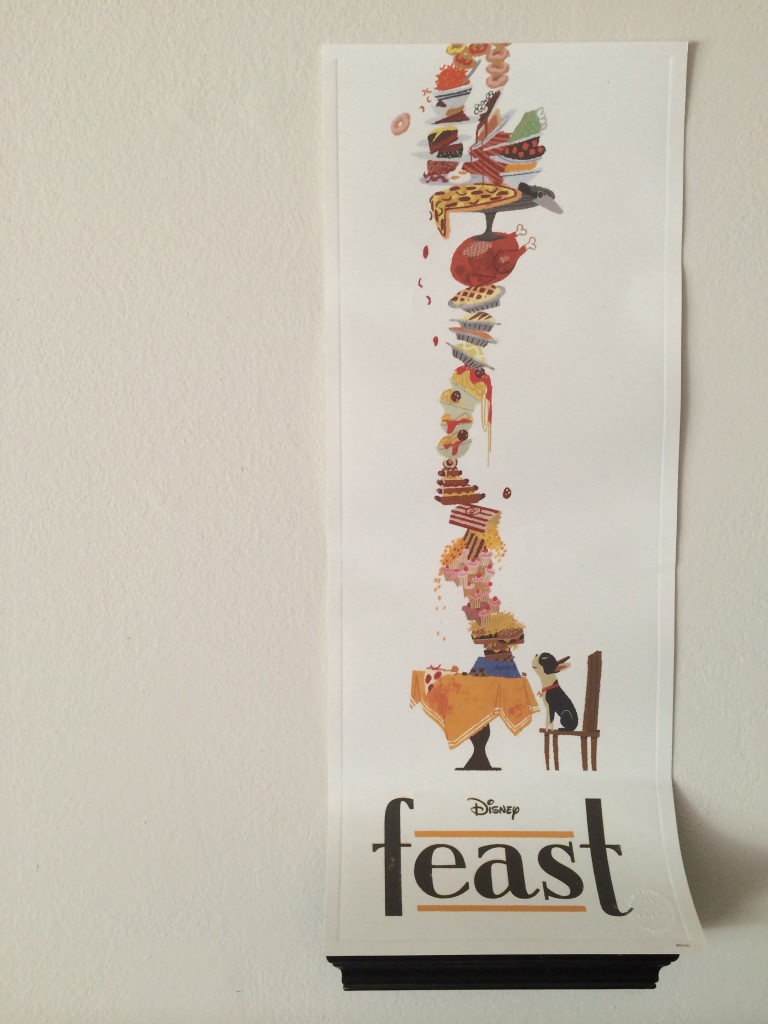 The above synopsis of “Feast” is pretty much the most concise way of giving a hint at what the short is all about without giving all the details away. It’s a story that we can all relate to. For Osborne, it wasn’t a dog but good food that lead his imagination when dreaming up “Feast”. “It all started with this app where you’d take one photo every day. At the end of the year, it would put all those photos together into a short movie. My movie was filled with food.”

Osborne shared his short movie with us and said that each meal he had represented some type of moment in his life. Whether they were sad or happy, fatty or healthy, they were moments in life that gave an indication of what he was going through at that point in time. In other words, food was a lens to his life’s story. That guided him through the whole creative process as the different ingredients for “Feast” started to come together into what he wanted to be a full-course meal for the eyes and heart.

With the story secured, it took some more creative vision to take the concept and give them to a cast of characters set in their own world to deliver the short “meal” of a film. The results left them with a man and his dog named Winston and the life (and food) they shared. By inserting Osborne’s identification with food into the relationship between Winston and his owner, you get to see the life story of someone played out not from the eyes of the human, but his dog. “Because why not?” Osborne added.

And I agree with him. I enjoyed the short because it lived up to what an animated short film is to be as I noted earlier. I certainly appreciate the technical details concerning the animation (especially in this short since you’ll see a lot of hand-drawn/computer animation hybrids just like in “Paperman”), but if that animation doesn’t breathe life into the characters and worlds that tell the story, why animate? It’s really a sentiment that everyone at Walt Disney Animation Studios, Pixar, Disneytoon Studios, and every other animation department within The Walt Disney Company shares. 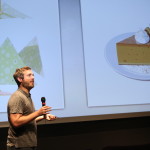 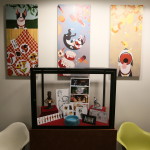 “The story is key,” Osborne said quoting his boss John Lasseter always says. “To be able to tell one that will last for generations is an honor.” The honor will be all ours really as Osborne’s take on food will get you hungry in a variety of ways. Hungry for more shorts from Disney Animation. Hungry for all sorts of foods. Hungry for happiness in midst of sadness. Just plain hungry.

Whatever filmmaker or film that is able to make us feel that deserves our attention because it’s a meal we’re eager to see and ready to gobble up.

If you can’t wait to see “Feast” yourself, you can watch the full animated short in front of showings of the return of the “Frozen” Sing-A-Long at the El Capitan Theatre in Hollywood, CA beginning tonight until September 7!

Are you excited to see “Feast”? What peaks your interest about it so far? Do you have a life connection between the foods you eat and the situations you’re in or how you’re feeling? What sorts of foods do you share with your dog? Comment below!