Disney can’t just let it go! Frozen, released a little less than a year ago, has become Disney’s most popular and successful movie, but you probably knew that already.

What many people really want to know now is whether or not Frozen will have a sequel. Will we ever hear from Elsa and Anna again? Do Anna and Kristoff get married? (Or is it to soon to marry a man she just met?) Will Hans stay in prison forever? 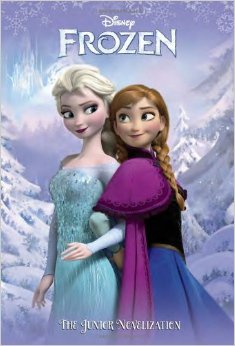 If you’re asking these questions, you might be in luck! In addition to the recently announced animated short due out next year, Disney also announced that they will in fact be releasing continuations to the hit animated film in book format. Now you’ll get to see your favorite characters in literary form!

It doesn’t stop there though! Disney plans to release three to four more books per year. All the books will be written by Erica David, who’s famous for writing many novelizations of famous movies and shows such as Spiderman, How to Train Your Dragon, and Legend of Korra. Her impressive background in novelization may make her the perfect writer to continue Elsa and Anna’s story.

Barbara Marcus, president of Random House’s children’s division, compared these new books to the popular Never Girls series, which continues the story of Peter Pan’s Neverland. Marcus comments, “We have seen our Disney Never Girls series fill a real niche in the chapter book market, and with the momentum for Frozen only continuing to grow, we knew this was the perfect focus for this new series.”

This new series will definitely answer fans’ request for a sequel, but time will tell whether or not these books do live up to the original story or if it’ll remain as frozen hearts.

Do you like the idea of Frozen’s sequels being written as novels? Should they stay as films? What are you looking forward to most in the Frozen sequels – or should we even get sequels at all? Let us know in the comments!