When you enter a place like Disneyland, you’re bound to encounter things that are out of the ordinary – a walking Mouse, a picturesque castle, and more. But how would you feel if you saw a pack of ripped denim jacket-wearing folks wandering around the parks?

Chances are that you’ve seen these people during your visits to The Happiest Place on Earth and if you’re like us, you might have thought of them as a unique bunch. They do indeed wear the blue jean jackets plus accessories, and make their way throughout the Anaheim Disney Parks in large groups. At first glance, one might think they’re a biker gang looking to have some fun.

In fact, they are a gang…of sorts. The ideas that come into your mind when you think of that word are sadly negative, but in reality, these groups of people are actually normal Disneyland enthusiasts that have the desire to come together as one unit. 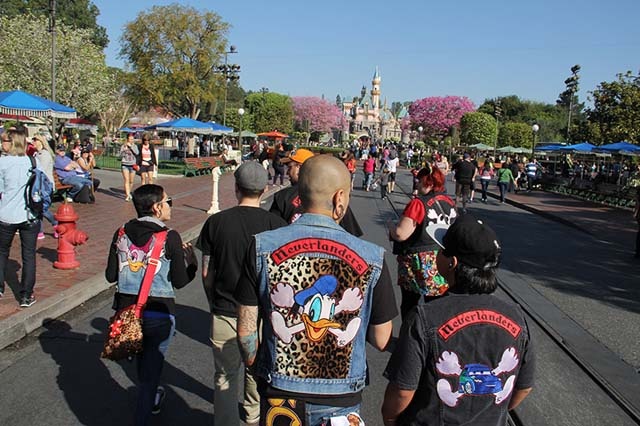 Instead of wanting to be known of as gangs, they call themselves “social clubs” and for good reason! Yes, they regularly meet like any club would, but they also are guided by the social qualities that their members share. In addition to the custom jean jackets members get when they join a club, members also show their unity with other external looks like tattoos, hip hairstyles, and piercings. Internally, though, members of Disney social clubs come together to find and enjoy the company of others who share many passions including Disney.

Membership in a Disney social club is usually dependent on how you fit into the above categories and how you get along with the existing members, but most who inquire usually share the internal and external passions their prospective club promotes. 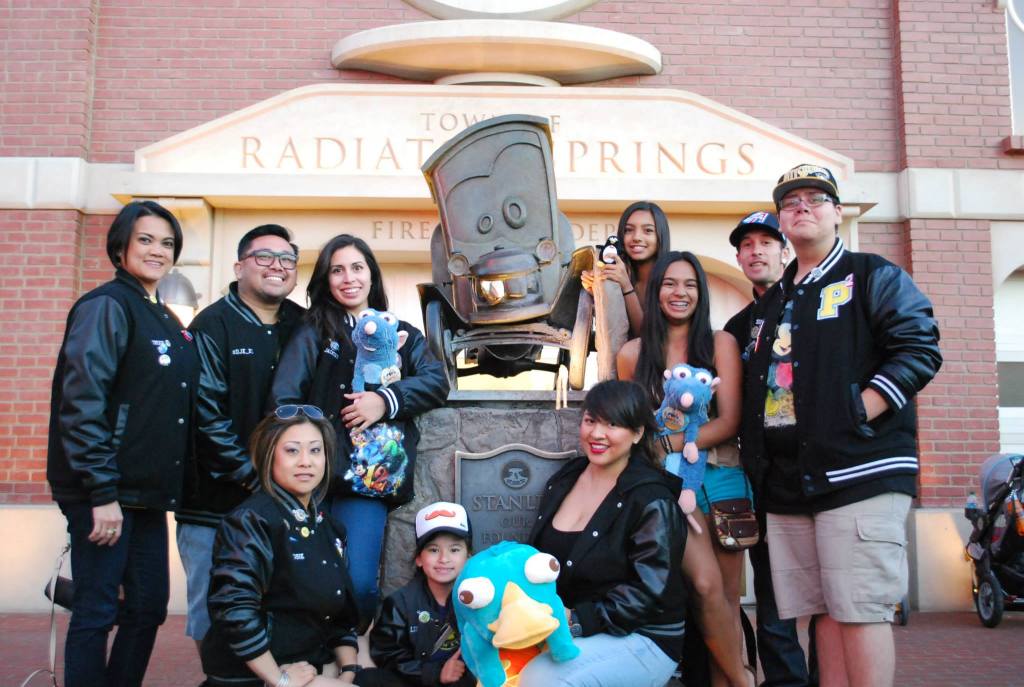 For example, one of the 20+ social clubs that exist today formed because of a passion for Pixar. That social club called Pix Pak SC was founded by Disney enthusiast Vj Escote a little over a year ago. “When [social clubs] SC’s started forming 2 years ago, I thought they were interesting…and talking about [them] with my friends that worked at Pixar, they thought I should start one.”

Each club aims to be unique and is marked by a special Disney-inspired name and look. Pix Pak SC wanted to be different by wearing sophisticated Varsity jackets and shoes. “A majority of us are sneaker heads, so the jackets complimented our kicks,” Vj said.

At the heart of this Disney subculture movement is a desire “…to meet other Disney lovers” says Vj. Many social club members really develop a sense of community and care for each other. In a world where being connected with others is as easy as pushing a button asking them to be friends, Disney social clubs are looking to counter that growing trend with real human connections. The club members form friendships that are magical – just like the place they’re most passionate about!

Would you want to join a Disney social club? What do you think of their outward appearance? Would you rather join an SC that shows off sophistication like Pix Pak SC, with their Varsity jackets and complimenting shoes? If you started your own SC, what passion would you center it around? Tell us in the comments!