As we all eagerly await the release of “Star Wars: Episode 7” in theaters, we won’t have to wait too long or travel to a galaxy far, far away to head back into George Lucas’ epic universe. “Star Wars Rebels” is looking to be a welcome addition to the “Star Wars” storyline and fanboy’s fandom.

Originally announced back in May of last year, this new animated series will be the second animated series that Lucasfilm has created (the first being “Star Wars: The Clone Wars”), but the first original entertainment production produced by Disney and Lucasfilm since Disney’s acquisition of the company back in 2012. The purpose of both these animated series remains the same though – to shed light on the story gaps that the cinematic films left open. “Star Wars Rebels” will indeed do that by telling the untold story of what happened between the classic trilogy (Episodes 4, 5, and 6) and the prequel trilogy (Episodes 1, 2, and 3). More specifically, the synopsis states:

“The story unfolds during a dark time when the evil Galactic Empire is tightening its grip of power on the galaxy. Imperial forces have occupied a remote planet and are ruining the lives of its people. A motley but clever crew are a select few who are brave enough to stand against the Empire. Together, they will face threatening new villains, encounter colorful adversaries, embark on thrilling adventures and become heroes with the power to ignite a rebellion.”

More broadly, “Rebels is a cross-pollination of the two trilogies,” says co-creator Simon Kinberg. Although not present at the press conference that was held for the series last Saturday in Beverly Hills, California, his co-creator and the Rebels voice cast were on hand to expound on what he meant. 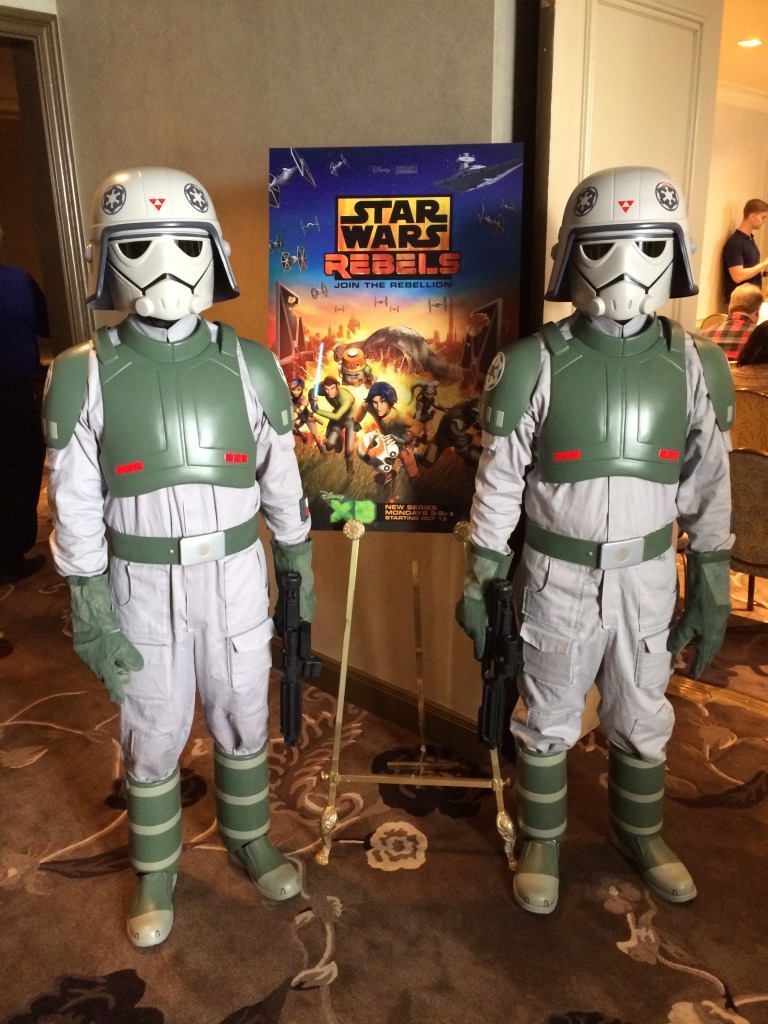 “I think the biggest compliment I get now about any of the Star Wars things I work on now is that it’s something that kids can watch with their whole family, which is what George Lucas wanted it be,” co-creator and executive producer Dave Filoni said to kickoff the press conference. With the whole franchise nearly 40 years old, you have generations getting older wanting more and new generations just getting to know about the Empire and Rebellion even if its target market is kids. One of those people getting older is Freddie Prinze Jr. who voices a covert Jedi in the series named Kanan Jarrus. Reflecting on his adulthood, he was thrilled just getting to be a part of something Star Wars saying “There’s pressure playing something you looked to as a child.” Prince Jr.’s co-star Tiya Sircar who voices an explosive specialist named Sabine Wren also commented saying that although it was daunting to be in a historic and beloved franchise, “the fans were so loving and welcoming that it eased the pressure.”

Nevertheless, the pressure was on the whole cast, creators, and producers to create something that would not only meet George Lucas’ request of attracting a multi-generational audience, but kept the culture of the intergalactic saga. “The magic of this show happened in the editing process; we were happy with the freedom to change things at the last-minute to make the story better,” Filoni added. Even without George Lucas at the helm with his retirement, Rebels was created by the same storytellers that George mentored and whom he ultimately trusted to carry on his space story. “We took some episodes to him and he loved them. For all of us in the new Lucasfilm era, this was our ‘final exam’ to show that we can move forward in a way that is worthy of its creator.” 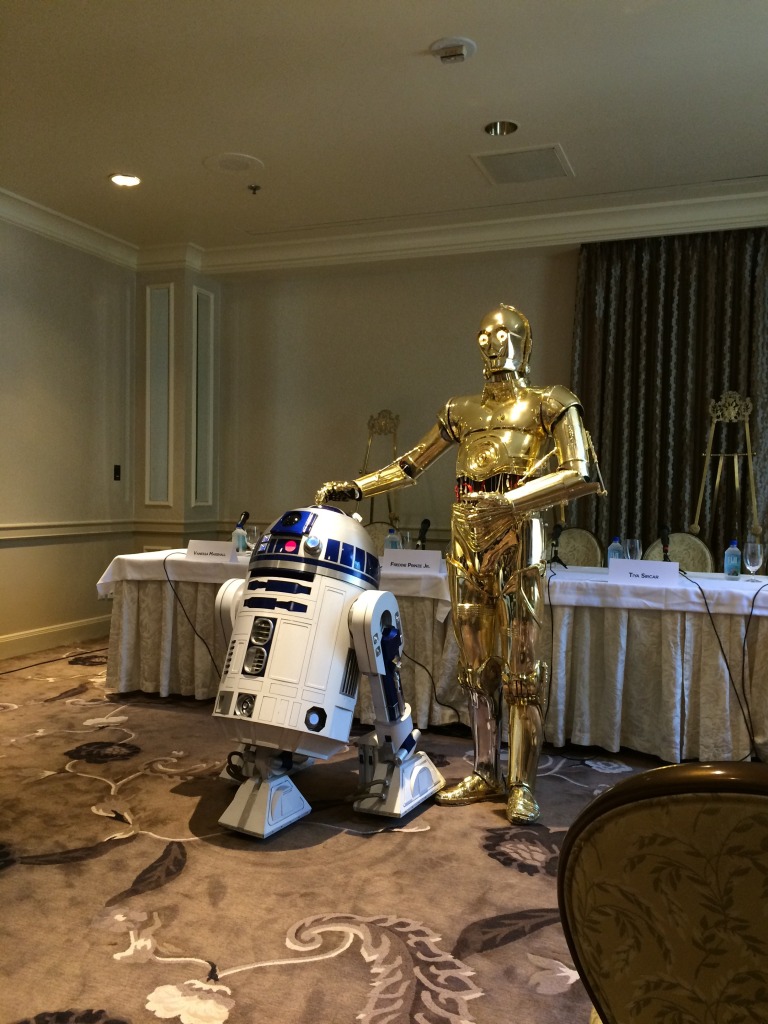 With Lucas’ approval, the questions then moved on to what we can expect from the series specifically. After viewing a few episodes myself and hearing more from Filoni, you can expect to see a whole lot of new things as well as familiar things as well. “We had to fight nostalgia and keep the story going,” Filoni went on. From the new characters like Jedi Kanan and Sabine to the familiar starships, environments, and cameo appearances from characters in the cinematic trilogies, you’ll be surprised to see it all throughout the series. Viewers will also encounter a dark storyline synonymous with the original films that aim to not scare kids (since this series is airing on Disney’s early teen-centered network), but teaching them adult themes like overcoming evils while watching with their parents. According to Prinze Jr., “…it [the story] needs to relate to an adult in order for it to connect to a kid.”

Overall, “Star Wars Rebels” is really a project that is driven by passion – passion for storytelling, passion for bringing families and generations together, and just a straight passion for the Star Wars franchise. It was all evident in the testimonies of the cast and creators during that press conference and it had us excited to see this series play out. Here’s hoping that it holds us over until Episode 7’s release late next year! May the Force be with us and Rebels until then.

Will you be watching this new Disney/Lucasfilm animated series? Did you watch Clone Wars when it was on the air? Do you think these animated Star Wars series are worth watching or will you just hold off re-entering the universe until Episode 7? Tell us in the comments!