Even for a person who doesn’t care about sports, ESPN is a household name in the U.S.A. The network is the number one sports news provider in the nation, offering more live content and coverage than any other network. But why should you care as a Disney fan?

“Most people don’t even know ESPN is owned by Disney,” said a representative from ESPN.

ESPN, Inc. was acquired in 1996 by The Walt Disney Company through the acquisition of ABC. Since ABC owned 80% of ESPN’s shares, Disney subsequently absorbed the sports network. Being two of the biggest television brands in the nation, it is surprising that many do not know the affiliation between the two.

Both entities are so huge on their own and have extremely different audiences that they prefer to keep their brands separate because they both have such different goals and ideals according to the rep.

Still, Disney loves showcasing its portfolio of brands and ESPN is no exception. In addition to television, ESPN does have a presence at both the Disneyland Resort, and the Walt Disney World Resort with the ESPN Zone restaurants and the massive “sports center” the ESPN World Wide Sports Complex. 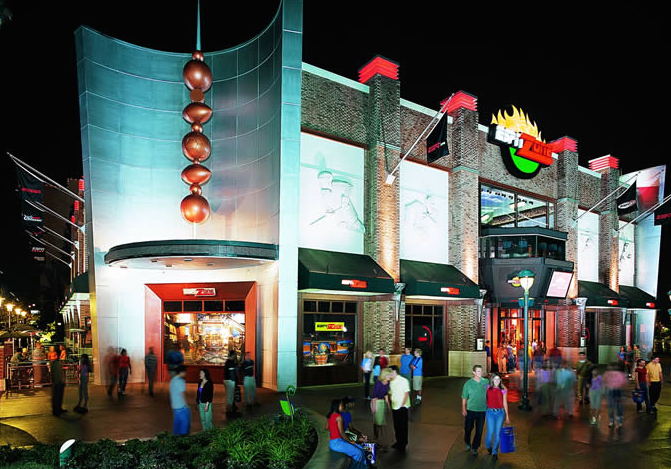 “The two sides complement each other and really hit an audience Disney wouldn’t hit otherwise, making them work very harmoniously without having to be combined,” said the rep. “It’s like tomato soup and grilled cheese, eaten separately but every once in a while, you dip the grilled cheese in the soup and it tastes amazing.”

Prior to ESPN’s Disney era, the network, like Disneyland, started off with an idea and a dream. It was founded in 1978 by Bill Rasmussen, former communications manager for the then New England Whalers, as well as his son Scott Rasmussen and Ed Eagan, an insurance agent.

The trio chose Bristol, Connecticut as home base for their property headquarters due to a good satellite signal and for good reason. The founders wanted to explore satellite communication, a relatively new means of television broadcast at the time. Through satellite communications, the network and its shows could be broadcasted across the country.

ESPN made its debut on September 7, 1979 with its flagship show, SportsCenter, which still exists today. Many may recognize it by the signature opening music. 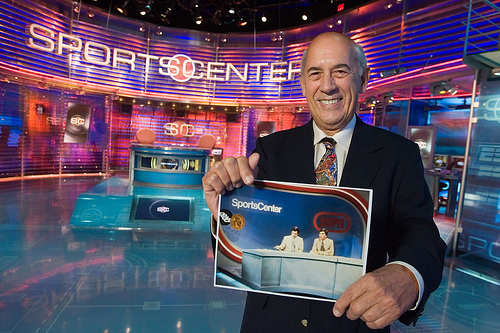 Originally, ESPN was an acronym for Entertainment and Sports Programming Network. In 1985, the network dropped the long, drawn-out name and just went with ESPN. Since then, ESPN doesn’t stand for anything, it’s just ESPN.

Today, ESPN is worth $50.8 billion according to a recent article on Forbes.com. To put in perspective, The Walt Disney Company is valued at $137 billion. ESPN is makes up more than 40 percent of Disney’s valued earnings which is why you should care as a Disney fan (or investor)!

But what makes ESPN so successful and popular? The World Cup viewing this year on the network alone broke all kinds of records. The SEC-ESPN Network launch this past August was the biggest television network launch in history, the rep stated. That adds to the already existing networks that broadcast sports 24/7 including ESPN, ESPN2, ESPNU, ESPNNEWS, and ESPN3.

In addition to the television networks, plans are in place to expand the experience in new ways to be able to share sports news to every sports fan across the globe. “We are constantly thinking ahead,” she added. “ESPN brought the sports experience to multiple applications on their watchESPN app before other networks came around to the technology.”

For sports fans that can’t always make it to a game in real life or make it to a TV for one, the use of technology is huge and will ultimately continue to push the brand even further apart from the competition as a leader in sports reporting.

As a huge subsidiary to Disney’s overall brand value, ESPN dominates the sports broadcasting market in the U.S. No matter what kind of sports fan you are, ESPN is for you. They really are according to their slogan “The Worldwide Leader In Sports.”

What programs do you watch on ESPN? Do you have a favorite sport to play or watch? Would you still watch the network if you aren’t a sports fan because it’s owned by Disney? Comment below!