If so, you’d be happy to know that Disney’s hit film has come to the traveling Disney On Ice shows in its own production that takes audiences on the icy journey of Anna, Elsa, Kristoff, Olaf and Sven.

The trouble is, it is exactly the same story played out in that production. Whereas other Disney On Ice performances feature numbers from their respective films, Frozen on Ice is a literal retelling of the film. Word-for-word, song-by-song. Is this a bad thing?

Some would argue that there is no such thing as too much “Frozen”. However, why confine a performance to retelling the movie when there is so much more about the story to explore? Why not dive past the story and focus on the characters and their backstory? Why not talk about Anna and Kristoff’s relationship after the movie, or meet the entirety of the Troll family, or even catch up with Olaf: how exactly does he feel about summer, now that he’s experienced it? This extension of storytelling is what the new Broadway production of “Aladdin” just did and it seems to have everyone loving Prince Ali all over again!

Nevertheless, the performers are not to be criticized. Ice skating is both a sport and a dance, and they do it with grace and elegance. The fact that they can move or spin, much less remain upright, while gliding on the ice proves they are athletes and artists. The things these performers can do help bring the songs and scenes to life as they twirl and spin.

Additionally, the actual performance of the story is not what it could be. In movies, you can just have the characters talk. That simply can’t be done on an ice show. The characters need to constantly interact with big gestures that can be seen from far away. This is fine for certain scenes when a big gesture is needed, but not the entire show as this production of “Frozen” dubbed every word that the performers should be saying live. This would also be another reason to create new storylines – something people have not seen before in order to plan for exactly what the ice show performance can bring to the existing characters and their personalities. 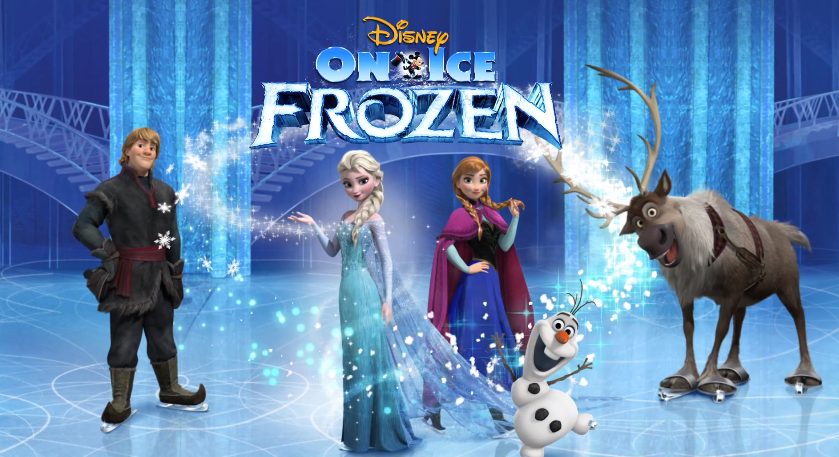 The real issue at hand may be the show’s medium: the ice show. The film, which is laid out and performed quite well on-screen, may not translate to an ice show. Because everything in the show has to be seen from afar, many of the subtleties of a performance are lost. For example, the performance of “Do You Want to Build a Snowman” has exaggerated gestures galore, which actually take away from the performance and its ultimately touching ending. For other performances, such as “For The First Time In Forever,” this constant movement and action is a good thing. But in trying to adapt Frozen for the ice, the story has lost some of its believability because of its overacting.

Perhaps “Frozen” will have better luck in its Broadway adaptation happening in the next few years where it will hopefully feature new songs and scenes that add to the drama and beauty of the story. We’ll tip our ice-caps to that!

Frozen On Ice is currently playing many arenas on the East Coast of the United States with no plans of coming to the West Coast. Tickets and more information on the show dates and locations can be found by clicking HERE.

Will you be watching Frozen On Ice? Do you think Disney should have done more to up the experience instead of just reenacting the movie? What would you want to see from the next adaptations? Comment below!