The world seemed fine to have left Woody, Buzz, and the gang on the porch of their new owner Bonnie in “Toy Story 3”. But for John Lasseter and the rest of his team at Pixar, they feel like there is more story left to tell of the living toys.

Disney CEO Bob Iger announced today during an earnings call that “Toy Story 4” is set to be made with the veteran Pixar Chief Creative taking the helm to direct. “The film is set to hit theaters in June 16, 2017. John created Toy Story and directed the first two films, and it’s great to have him back directing one of our most valuable properties,” Iger said.

“We love these characters so much; they are like family to us,” Lasseter said. “We don’t want to do anything with them unless it lives up to or surpasses what’s gone before. Toy Story 3 ended Woody and Buzz’s story with Andy so perfectly that for a long time, we never even talked about doing another Toy Story movie. But when Andrew, Pete, Lee, and I came up with this new idea, I just could not stop thinking about it. It was so exciting to me, I knew we had to make this movie—and I wanted to direct it myself.”

Iger didn’t comment more than the release date, although the original voice cast is set to return and reprise their roles with Tom Hanks as Woody and Tim Allen as Buzz Light(beer).

The story is being written by Rashida Jones and Will McCormack (Celeste and Jesse Forever) and produced by Pixar veteran Galyn Susman. 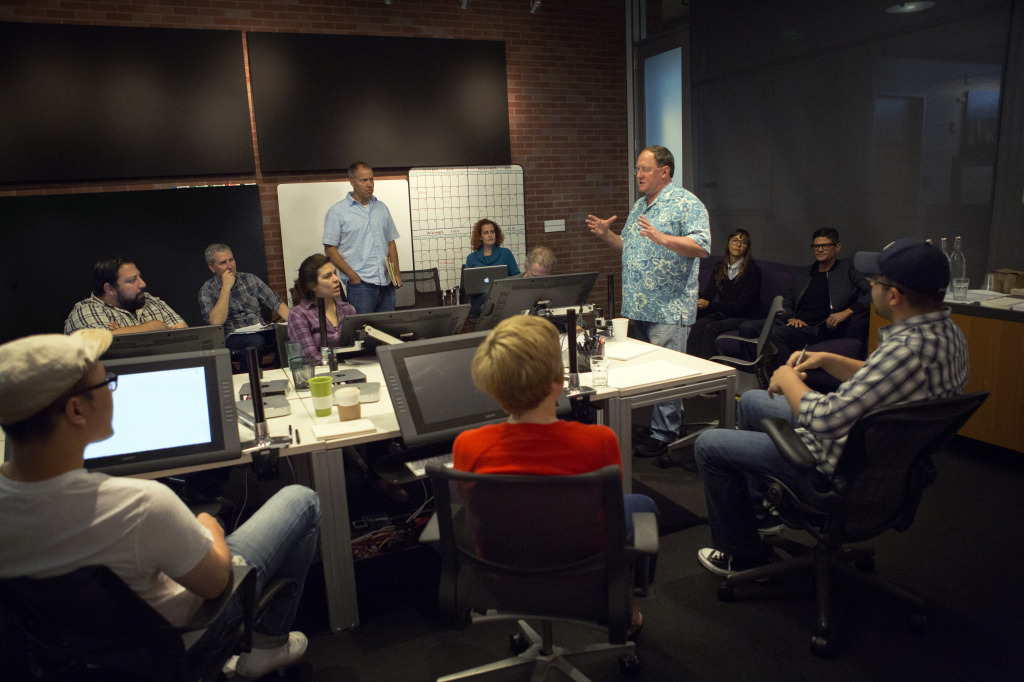 Director John Lasseter works with members of his story team on Disney•Pixar’s “Toy Story 4,” a new chapter in the lives of Woody, Buzz Lightyear and the “Toy Story” gang. (Photo by Deborah Coleman / Pixar)

It has been 4 years since what we thought would be the end of the toy’s story in the third installment of the franchise. Still, we know that the minds at Pixar would only pursue putting out a film if they knew they had a great story. Time will tell if they should have just kept all those toys in the toy box.

UPDATE 3/5/15: Pixar President Jim Morris said in a recent interview that “Toy Story 4” will be more of a romantic comedy, not an extension of the original trilogy. Read his full comment below:

“It’s a love story . . . it’s a romantic comedy,” Morris told Disney Latino. “It won’t focus much on the interaction between the characters and the kids. I [still] believe it will be a very good movie.”

We’ll continue to update this post if and when we receive more information from Disney.

Are you happy that “Toy Story 4” is being made? What do you think it’ll be about? Should they have just ended the films at #3? Comment below!