Disney has its share of feel-good films that range in subject and film type. From animated blockbusters to live-action family flicks, Disney continues to use the film medium to tell stories. One other type of film that Disney loves producing are sports films.

Classic titles like “Angels In The Outfield”, “The Rookie”, and most recently “Million Dollar Arm” are a part of that genre that Disney CEO Bob Iger likes to call “brand deposits” for the value that they offer to the brand in making audiences less sports-aware and more emotionally aware of great storytelling.

Next year, the Walt Disney Studios is set to tell another story using another sport called “McFarland, USA“. In it, an untrained track team and their small town coach aim to become an award-winning cross country team. Little did they know that they’d find much more about each other to be more valuable than winning itself. Here’s the official synopsis –

Based on the 1987 true story, “McFarland, USA” follows novice runners from McFarland, an economically challenged town in California’s farm-rich Central Valley, as they give their all to build a cross-country team under the direction of Coach Jim White (Kevin Costner), a newcomer to their predominantly Latino high school. Coach White and the McFarland students have a lot to learn about each other but when White starts to realize the boys’ exceptional running ability, things begin to change.

Soon something beyond their physical gifts becomes apparent—the power of family relationships, their unwavering commitment to one another and their incredible work ethic. With grit and determination, the unlikely band of runners eventually overcomes the odds to forge not only a championship cross-country team but an enduring legacy as well. Along the way, Coach White realizes that his family finally found a place to call home and both he and his team achieve their own kind of American dream.

This film certainly will be an all-American film with all-American ideals and having it all be inspired by a true story will help aid in that storytelling. Even by watching the first trailer we’ve included above, we can see this even better. What we’re even more eager to expect is to see how the film will measure up to the classic Disney sports films of the past. That’s a game we’re willing to watch! 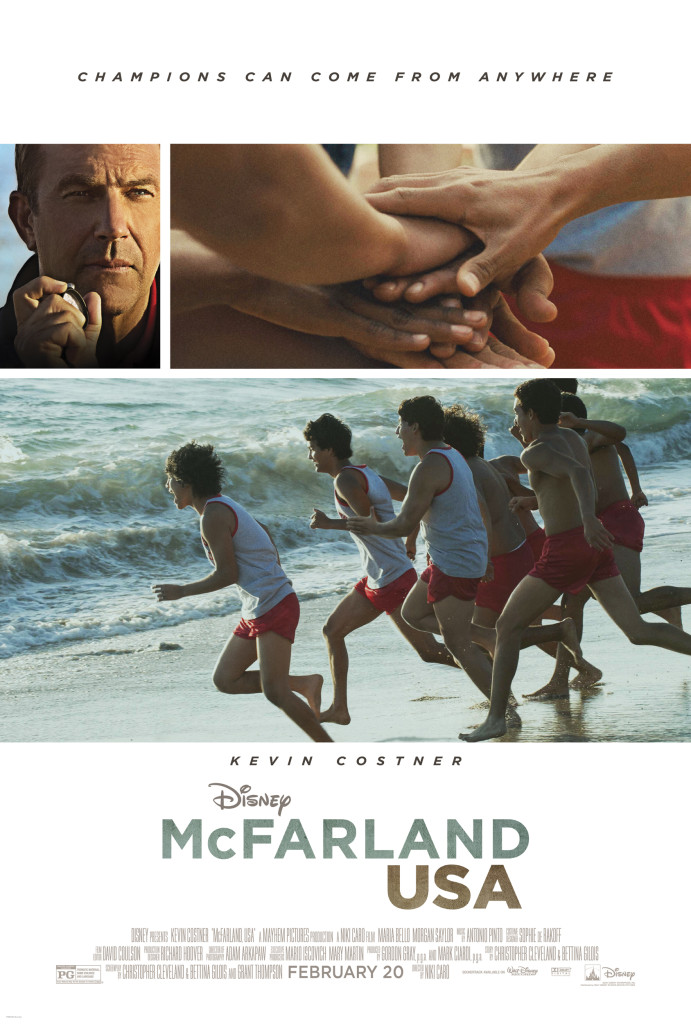 Will you be “running” out to see this Disney sports film? What do you personally love about this genre of film? Share your thoughts in the comments below.