It’s funny to think that not too long ago, the Marvel comic book world was only amusing to only a few pockets of people. Today (and after being bought by Disney in 2009), Marvel means a whole lot more to a whole lot of people: big and small. Very small.

In July, Marvel will be extending their Cinematic Universe even more with the release of “Ant-Man“. Once again taking a cue from their vast comic book collection, the 12th Marvel-produced film will tell the tale of Scott Lang and his ability to defeat big threats in small form.

The official synopsis is below –

The next evolution of the Marvel Cinematic Universe brings a founding member of The Avengers to the big screen for the first time with Marvel Studios’ “Ant-Man.” Armed with the astonishing ability to shrink in scale but increase in strength, master thief Scott Lang must embrace his inner-hero and help his mentor, Dr. Hank Pym, protect the secret behind his spectacular Ant-Man suit from a new generation of towering threats. Against seemingly insurmountable obstacles, Pym and Lang must plan and pull off a heist that will save the world.

Directed by Peyton Reed, the film features another cast list that was thought out and brought in actors and actresses that would tell the story through their characters. Paul Rudd plays Lang aka Ant-Man himself, veteran actor Michael Douglas as Dr. Pym, and Evangeline Lily as Hope Van Dyne and the daughter of Dr. Pym.

See all of them in action in the first trailer we’ve included above. And be sure to watch them in full when the film drops on July 17, 2015! 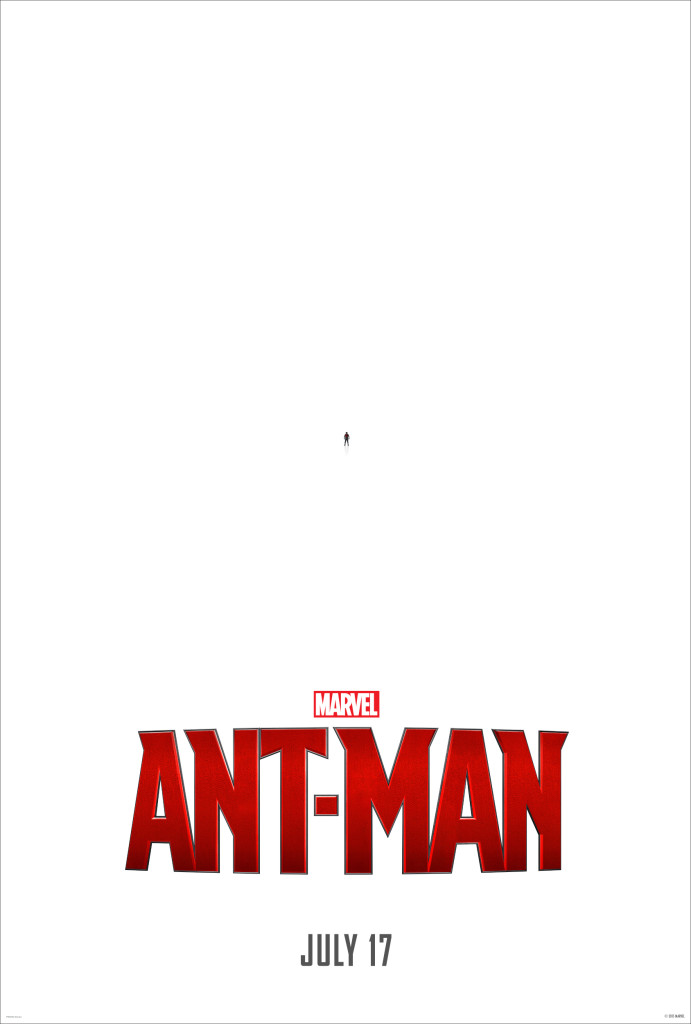 Will you be watching “Ant-Man”? With so many Marvel movies already, are you expecting something different or more of the same from the studio? What have these movies done for you so far as entertainment? Comment below!