They’ve hit us through movies and TV. Now, Marvel will once again make an appearance in our lives once again – this time through our computers (and if you have a Netflix account).

Marvel will be debuting its first-ever Netflix series called “Daredevil” via the online streaming service on April 10, 2015. Since it will be on Netflix, the whole first season of the show will be made available all at once. The 13 one-hour episodes will introduce you to another one of Marvel’s characters from its comic books and his desire to fight crime without fear.

“Marvel’s Daredevil” follows the journey of Matt Murdock, who was blinded as a young boy but imbued with extraordinary senses, now fighting against injustice by day as a lawyer, and by night as the super hero Daredevil in modern-day Hell’s Kitchen, New York City.”

Murdock will be played by Charlie Cox (“The Theory of Everything”, HBO’s “Boardwalk Empire”), with Rosario Dawson and Vincent D’Onofrio as his co-stars. 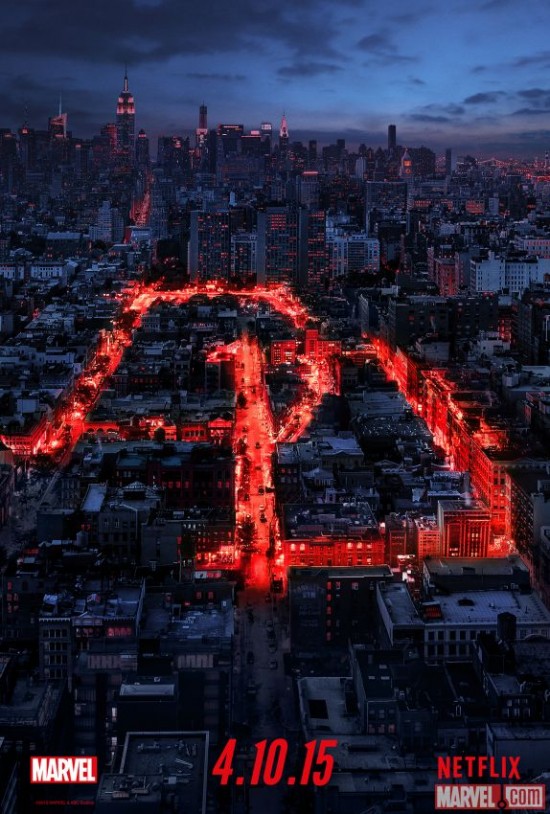 This is a first of four series that will be coming to Netflix over the next few years. In the landmark deal that Disney sealed with the streaming giant back in 2013, “Daredevil” will be followed by “Jessica Jones”, “Iron Fist”, and “Luke Cage” who all, for those who know the comics, collectively make up Marvel’s Flawed Heroes of Hell’s Kitchen. All these characters (and potentially more from the Cinematic Universe) will then be put together in Marvel’s “The Defenders” mini-series set to debut as well.

“This serialized epic expands the narrative possibilities of on-demand television and gives fans the flexibility to immerse themselves how and when they want in what’s sure to be a thrilling and engaging adventure,” says Alan Fine, president of Marvel Entertainment and he’s absolutely right. All this shows the immense potential that Marvel and therefore Disney has to keep entertaining us for years to come.

Will you be watching Marvel’s “Daredevil” series? Will these new shows make you want to renew or buy a new Netflix membership? How do you feel about having Marvel touch every point of entertainment medium now? Comment below!