There is a huge difference between love and infatuation. Figuring out this difference is the theme of Lucasfilm’s animated feature, “Strange Magic.” We got to chat with Elijah Kelley and newcomer Meredith Anne Bull, voices of the characters Sunny and Dawn, about their roles in the film, their connection to their characters, and the concepts of true love and beauty.

“Sunny is the classic case of someone who has a crush on a pretty girl [Dawn], but gets friend-zoned,” Kelley said when asked about his character, “he does everything he can to make sure Dawn finds true love.” Sunny does anything in his power to make her happy.

Kelley immediately had a connection with Sunny when he read the script. “I took up residency in the friend-zone when I was younger,” he laughed. He related to Sunny, understanding that having your own agenda can be diminished by your love for someone else. Kelley is into philanthropy, and he reacted positively to the way Sunny’s compassion goes to the ends of the earth. 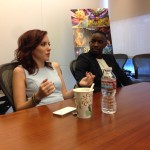 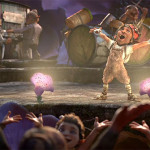 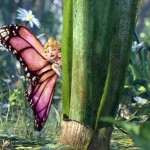 When asked about her character, Bull said Dawn has never been in love before, but she is, “in love with love and life.” Bull, however, did not relate as much to Dawn’s character. “As a teenage girl, I wanted to get to know people with similar ambitions,” said Bull. She moved to New York City at 16-years-old to pursue acting and, as she commented, “I never cared about going to the parties.”

Kelley and Bull did form a connection together: when asked about who from the cast they connected with the most, they both pointed to each other. The co-stars said that they kept up with each other, even apart from filming. “There was also the fact that we never met anybody else from the film,” Kelley joked.

Besides their off-screen chemistry, Bull and Kelley’s characters have a strong friendship in the movie as well. The plot centers around Sunny, in the friend-zone, as he goes on a quest for a love-potion in hopes of making Dawn fall in love with him. This love potion is a symbolism for infatuation, which ties into the theme about the difference between love and infatuation.

When asked who they would use the love-potion on in real life, Kelley laughed, “Oprah,” and asked the same to Bull, who blushed and said “I don’t know.” She did comment that she sees “Strange Magic” as her first big-time role, saying “I got to meet people at the top of their industry and see that they are some of the most down to earth people. It’s eye-opening, it shows that the cream really does rise to the top.”

One such person at the top of his industry is George Lucas himself. Lucas began thinking of “Strange Magic” about 15 years ago. When asked about how involved Lucas was in the process of the movie, Kelley said that he was “extremely involved.” Kelley, who previously worked with Lucas in “Red Tails,” said that “Strange Magic” was a project close to his heart, a very relatable story. She commented that when the final cut was shown to Lucas, he said, “It was everything that he dreamed it would be.” 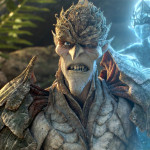 Lucas wanted to make a film where the story could show how love is deeper than what’s on the outside. Since the film’s primary audience is families and children, the question of whether or not children will accept the message of inner beauty was brought up.

“There are movie moments where I draw inspiration or pull courage from. So if it helps a kid to tough it out, then it’s worth it,” Bull said.

Kelley absolutely agreed that the children would accept the message. He told a story about a little girl who had screened the movie, whom he had asked who her favorite character was. She told him her favorite was the physically ‘ugly’ villain of the movie, the Bog King. Hearing that, Kelley smiled and said, “it’s so beautiful, the message that’s translated through. No matter what you look like, no matter where you come from, size, shape, there’s love for everyone.”

Be sure to catch Lucasfilm’s animated feature, “Strange Magic,” in theaters January 23 to join Dawn, Sunny, and the other characters explore the difference between true love and infatuation.

Will you be watching “Strange Magic”? Who would you use a love potion on? Let us know in the comments!