Strange Magic was strange, magical, and not at all what I expected.

It’s the first animated film coming from the mind of George Lucas and apparently has been an idea he has conceptualized for 15 years. Despite the initial shock at seeing a movie that was so unusual, by the end of the film I had grown to appreciate its uniqueness, its use of music, and its excellent animation.

The story centers around two worlds: one filled with happiness, love, and fairies and the other with darkness, hate, and bugs. Fairy Marianne (Evan Rachel Wood) and her younger sister Dawn (Meredith Anne Bull) as the former avoids love while the latter throws herself fully into the spotlight. Marianne goes to save Dawn when she mistakenly captured by the Bog King (Alan Cumming). Also attempting to save Dawn are Sunny (Elijah Kelly), Dawn’s best friend who is secretly in love with her, and Roland (Sam Palladio), who is attempting to woo Marianne for himself. Chaos ensues as the Sugar Plum Fairy (Kristin Chenowith) sets off a love potion, creating a story full of mistaken identities and confused lovers. 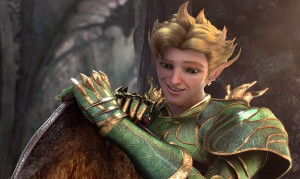 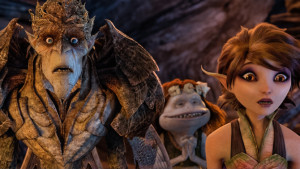 At first the movie lived up to its strange title. From the very beginning, the plot branches out into many different directions. It is, of course, based on Shakespeare’s famous drama “A Midsummer Night’s Dream”, which is known to have a confusing, twisting plot. Strange Magic is no different: the first part of the movie has you wondering where the plot is going, who will fall in love with who, and (ultimately) who really plays the part of the villain. However as the story continues and plot begins to straighten, it’s easy to see how each character is well thought out and complex, especially for a children’s movie. It’s great to see that each character has a story and motive of their own, and the bulk of the film rests on how these different stories come together.

The movie is also unique in that it is a musical, but rather than showcasing original songs the film takes popular music from the last few decades and remakes them into musical-theater type pieces. The contract between the mythical creatures and the pop songs they were singing was a bit jarring at first – I was not expecting a fairy to sing Elvis three minutes into the movie – but to be honest it was fun to see how these popular songs were remade. My favorite part of the music was how each song was tailored to each character’s personality and even helped tell the story. By the end of the film, the music was less strange and more magical. 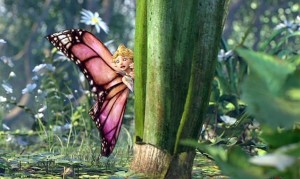 The same can be said of the basic theme of the movie. The plot has an almost “Beauty and the Beast” feeling to it, but by the end there is no visual transformation. In a day and age when physical beauty is prized above everything, it was a little unusual to see a movie that celebrates love despite physical ‘ugliness’. However ultimately, aren’t those the kind of ideas that movies should be promoting? The theme of inner beauty triumphs in Strange Magic, and the movie is made that much better by illustrating how love transcends the physical. George Lucas’ would be proud to know that we got his vision!

Another important theme the movie displays is the contrast between true love and infatuation. It’s fascinating to see how the film defines both and pits them against each other, resulting in a lot of chaos as well as a great resolution by the end.

The film is made even better by its amazing animation. You could compare the quality of the animation to that of “Rango“, which was recognized for its quality a few years ago. It’s wonderful to see the contrast between the Fairy’s Kingdom and the Dark Forest, as well as how these different lands come together by the end of the movie. The visuals are excellent and illustrate a wide variety of mythical ideas, such as fairies and elves, combined with the detailed realism of real creatures like butterflies and ancient trees.

So while at first Strange Magic was definitely strange, it turned out to be a really enjoyable movie. It is very unlike other animated children’s movies, but in the end has elements that will please both children and adults alike.

If you like pop-turned-musical-theater songs, mythical creatures, or just a good love story, be sure to watch it in theaters starting today!