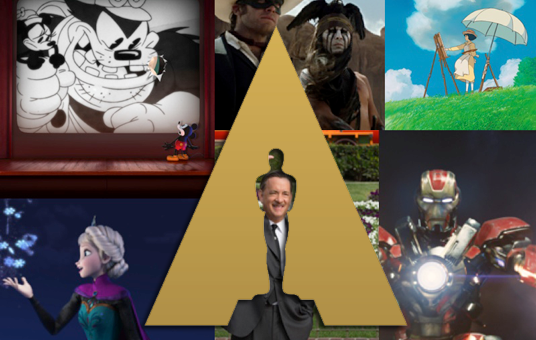 Our friends at the Academy of Motion Picture Arts and Sciences announced their nominees who will now vie to win an Oscar at this year’s Academy Awards. The Walt Disney Studios didn’t have the biggest number of nominations compared to years past, but still nabbed a total of nine.

“Maleficent” received a nod for Achievement in Costume Design, as did “Into the Woods“. In a surprise move (because they usually don’t nominate films of that nature), the Academy also nominated Marvel’s “Guardians of the Galaxy” for Achievement in Makeup and Hairstyling.

Marvel also received nominations for Achievement in Visual Effects thanks to “Guardians” again, as well as “Captain America: The Winter Soldier“.

We’ll be following these Disney films leading up to the 87th Academy Awards ceremony taking place on Sunday, February 22 in Hollywood. Until then, be sure to follow us for special Oscars events that’ll take a closer look at this year’s Disney nominees!