From the unannounced celebrity sightings to occasional selfies with them, the Disneyland Resort plays host to a variety of magical situations that occur even without our knowing. Last Wednesday, one of those magical situations occurred at the Hyperion Theater in Disney California Adventure Park.

After the park closed, nearly 2,000 Yamaha instrument dealers and other invited guests came together in that theater to enjoy a concert that would make any normal paying Disneyland guest jealous. This year’s Yamaha Dealer Concert, hosted by comedian Sinbad, had some big names in music jam on Yamaha’s instruments. 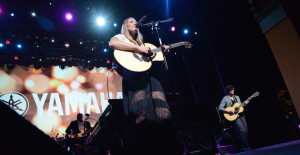 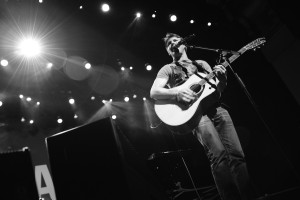 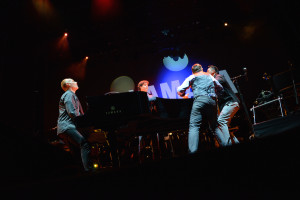 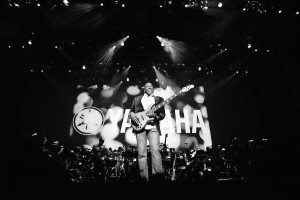 All photos by Shalon Goss for Yamaha Entertainment Group

Colbie Caillat, James Blunt, Jamie Cullum, Nathan East, and YouTube’s The Piano Guys were among the headliners who took the Hyperion stage each playing their hit songs in the three-hour concert that just flew by according to those who were in attendance. Many attendees were already nearby at The NAMM Show (music merchants trade show) across the street in the Anaheim Convention Center.

Yamaha has always had a relationship with the Disneyland Resort. Not only does the Resort love hosting the concert but as Disneyland’s official instrument provider, Yamaha loves providing the Resort’s musicians instruments for them to use while they’re entertaining guests inside the parks.

This wasn’t the first time that Yamaha decided to hold their unpublicized concert. Two years ago, Sir Elton John played the Hyperion stage for the first-ever Dealer Concert in celebration of Yamaha’s 125th anniversary.

The next concert is set to take place around the same time and hopefully at the same place two years from now. Perhaps now that you know about it you can try to find tickets!Yamaha instrument purchase may be required.

If you planned the Yamaha Dealer Concert for 2017, what artists would you invite to perform? Did you know that Yamaha and Disneyland had a relationship? Comment below!