They seldom receive our attention in movies unless the scene calls for them to be the attention-getter. However, they often create the believability and connection we have with movies and the actors and actresses that play in them.

We’re talking about costumes and they’ve become the thing to look at thanks to a new exhibit in Southern California.

The Hollywood Costume Exhibition is a limited time showcase of some of the most famous costumes that have graced the Big Screen in some of the award-winning and well-known films in history. These films have received such recognition due in part to these costumes which range from the extravagant dresses for royal characters to the humble yet iconic fedora of a famous archeologist. It’s all an effort to enlighten us about how much costumes matter to telling a story in a movie. 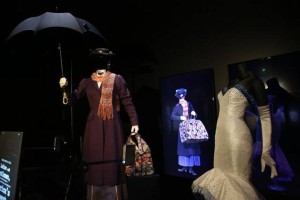 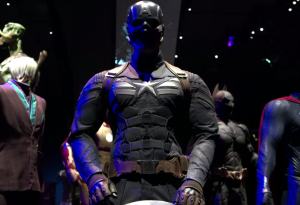 The exhibition is currently being put on by the same organization putting on this weekend’s Academy Awards ceremony and the Victoria and Albert Museum, London. It took five years to find and secure the 145 costumes that you can view, all of which might take more than a few hours to take in all that tangible movie history. Combine the costumes with the latest multi-sensory technology and you have one of the most memorable museum-like shows ever put on.

Specifically for those who love Disney films, a visit to the exhibition might be required since the costumes that are being there are being shown, many for the first time in history! From the full costume of that famous archeologist Indiana Jones, the outfit put on by Han Solo for “Star Wars” (both worn by Harrison Ford), Iron Man’s suit (worn by Robert Downey, Jr.), even Captain America’s armor (worn by Chris Evans), and even Mary Poppins’ garb (worn by Julie Andrews) – they’re all there for you to stare at and admire up close.

Many of these Disney-related costumes are on loan exclusively for this exhibition from Lucasfilm, Marvel, and the Walt Disney Archives. Regardless if you’re into costuming or not, the mere fact that these costumes are available to view in public is worth the ticket price itself.

Perhaps you’ll give them all the attention they deserve after your visit. As Han-diana himself Harrison Ford once said, “Costumes are less about fashion and more about having an actor put on a new skin for an audience’s entertainment.”

The Hollywood Costume Exhibition is being held at the future home of the Academy of Motion Picture Arts and Sciences’ museum on the campus of the Los Angeles County Museum of Art (LACMA) from now until March 2, 2015.

Tickets are $20 per adult, but there are discounts available for students and seniors.

Will you pay a visit to see these Hollywood costumes? Which ones would you stare at the most? Share your thoughts in the comments!